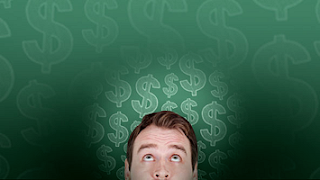 "How Low Can Gold Go?"
by Bill Bonner


"Yesterday, we took the train from Paris to Zurich, passing through the valley of the Rhone... past castles... medieval churches... lazy, picturesque rivers... quaint villages... to Lyon... Basel... and then skirting the Alps and lakes to Zurich. The scenery was remarkably beautiful. But the most remarkable thing we saw wasn't outside the train car; it was in it.

A family of Americans boarded the train in Gare de Lyon in Paris. They took their seats, parents and two children. Tanned. Dressed in baggy shorts and polo shirts with little alligators on them. Even before the train left the station, the parents had given each of the children an iPad. Then mom and dad each got out their own iPad... and plugged in ear phones. From our vantage point, we could see that Dad was watching some sort of action movie, apparently with super-heroes involved. Mom's iPad viewing was never revealed. But from Paris to the Swiss border – three hours of some of the most scenic countryside in Europe –none of them even looked out the window. Nor did they say a single word to one another.

"There's so much electronic entertainment," said a Swiss friend when we told him this morning. "People are losing touch with the real world. It's like a drug. It keeps away reality. "Of course, it gives those of us who aren't drugged-up a big advantage!"

Now back to our beat: the markets and our artificially juiced-up zombie economy. From Financial Times over the weekend: "Gold price tumbles to three-year low." The gold price fell -23% in the recent quarter – the worst quarterly decline since modern trading began in 1974. "How low can it go?" asks the FT. To about $1,100 an ounce is my guess. Just a guess mind you. But that would be in keeping with the last big correction in a gold bull market – between 1974 and 1976. That experience tells us that the price can easily step back 50% in a bull market... then continue its upward surge.

"At the moment gold shares are not far off pricing in the end of the world," says Evy Hambro, Blackrock's go-to guy for yellow metal comments. End of the world? Not quite. The end of the world can come at any time... and at any gold price. But we doubt that it will come on July 1, with gold at $1,200 an ounce. Just guessing... but the price of gold probably still has a ways down to go. Then it will go up. Because the things that made gold go up in the first place are still there. And they're not going away anytime soon.

The feds have created an economy that can't be sustained. Because it requires bigger and bigger inputs of cash and credit. Everyone knows this can't go on forever. That's why the Fed is talking about "tapering." But you don't "taper" a major addiction; you have to hit bottom first.

We explained on Friday why there can be no "recovery." The economic expansion of 1982-2007 was fueled by debt. It took greater and greater doses of debt to keep it moving ahead – from 150% of GDP in 1980 to 360% in 2007. But you cannot increase the dosage forever. And by 2007, the whole economy was getting the heebie-jeebies. What did the authorities do? They stepped in with the only tool they've got: more debt. William McChesney Martin, Fed chairman under the Truman, Eisenhower, Kennedy, Johnson and Nixon administrations, used to say that the central bankers job was 'to take away the punchbowl' once in a while. Now, half a century later, the Fed pours in more gin.

One way or another, a credit-addicted economy must get the shakes. Here's John Williams of ShadowStats.com with a comment (hat tip to Richard Russell): "Nothing is normal, not the economy, not the financial system, not the financial markets and not the political system. The financial system still remains in the throes and aftershocks of the 2008 panic and near- systemic collapse, and from the ongoing responses to same by the Federal Reserve and federal government. Further panic is possible and hyperinflation remains inevitable."

We don't know if hyperinflation is inevitable. But panic is almost guaranteed. It's what happens when people realize that the neighbors have called the cops. The party is over. There's a rush for the exit. And "end of the world" is back on the program..."
- http://www.thedailyreckoning.com
Posted by CoyotePrime at 12:20 PM