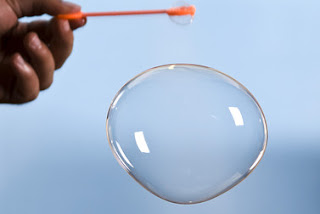 "We hoisted our “Crash Alert” flag last week. So far, no crash. The US stock market came back a bit yesterday, with a 48 point gain on the Dow. Gold was flat. The flag is not a prediction. It’s merely a warning – like the flag at the beach that warns of a dangerous riptide. You can still go in the water. But watch out. You could get washed out to sea.

Syria? Tapering? The return of the debt-ceiling debate? Anemic real economic growth? A preponderance of negative earnings guidance? Rising Treasury yields? A panic in the emerging markets? And here’s the Financial Times warning that central bankers may not be willing to protect investors from every danger: "The world is doomed to an endless cycle of bubble, financial crisis and currency collapse. Get used to it. At least, that is what the world’s central bankers – who gathered in all their wonky majesty last week for the Federal Reserve Bank of Kansas City’s annual conference in Jackson Hole, Wyoming – seem to expect. Despite the success of unconventional monetary policy and recent big upgrades to financial regulation, we still have no way to tackle imbalances in the global economy, and that means new crises in the future."

Dear readers are urged not to pay too much attention to the FT. Its news is solid. But its editorials are mush. Robin Harding continues: "Five years ago, after the collapse of Lehman Brothers, there was appetite and momentum for a new kind of international financial system. That appetite is gone – but we desperately need to get it back."

What “new kind of international financial system” does he propose? "…boosting the IMF’s resources and handing more voting power to emerging markets so they can rely on it in time of need…"

A reliable backstop is impossible when the international system relies on a national currency – the US dollar – as its reserve asset. Only the Fed makes dollars. In a crisis, there are never enough of them – a shortage that will only get worse as the world economy grows relative to the US – even if the problem for emerging markets right now is too many of them.

The answer is what John Maynard Keynes proposed in the 1930s: an international reserve asset, rules for pricing national currencies against it, and penalties for countries that run a persistent surplus. After the financial crisis there was a flood of proposals along these lines from the UN, from the economist Joseph Stiglitz, and even from the governor of the People’s Bank of China. None has gone anywhere.

The plan is to turn the IMF into a kind of super central bank… with lots of “international reserve assets” that it can hand out to any country that seems to need them. Readers don’t need to ask too many questions. We’ll just put it into simple words. The world’s money system would be based on paper money and managed by global bureaucrats. You see immediately that it is hopeless. A super bank run by super economists? How long would it take for them to blow up the whole world’s financial system?

But don’t worry about it. The system will blow up anyway. No paper-money system has ever survived a full credit cycle. Why not? Because paper money (a form of primitive, credit-backed money) is unlimited… and undisciplined. That – and not a lack of international monetary reform – is why there are so many bubbles now. When interest rates are falling – often pushed by central banks to artificially low levels and held there for an extremely long time – credit expands and the burden of debt grows. That has been happening for the last three decades. And now, the entire economy depends on something that can’t possibly continue. Debt can’t grow forever.

As long as rates stay low, the system holds together. But as the quantity of debt increases, the quality of it decreases. Debtors’ balance sheets get weaker and weaker. Eventually, the credit markets change direction. Rates start going up again. Then the weight of all that debt comes crashing down like an avalanche. And when it gets started, there is no stopping it. All you can do is make sure you’re not in the way!"
- http://www.thedailyreckoning.com
•
Related: “‘Bubbles Forever’ And Stock Crashes Forever Too”
- http://www.marketwatch.com/
Posted by CoyotePrime at 3:21 PM