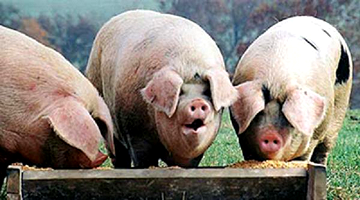 "Robert Benmosche, the chief executive of the American International Group, said something stupid the other day. And we should be glad, because his comments help highlight an important but rarely discussed cost of extreme income inequality — namely, the rise of a small but powerful group of what can only be called sociopaths.

For those who don’t recall, A.I.G. is a giant insurance company that played a crucial role in creating the global economic crisis, exploiting loopholes in financial regulation to sell vast numbers of debt guarantees that it had no way to honor. Five years ago, U.S. authorities, fearing that A.I.G.’s collapse might destabilize the whole financial system, stepped in with a huge bailout. But even the policy makers felt ill used — for example, Ben Bernanke, the chairman of the Federal Reserve, later testified that no other episode in the crisis made him so angry.

And it got worse. For a time, A.I.G. was essentially a ward of the federal government, which owned the bulk of its stock, yet it continued paying large executive bonuses. There was, understandably, much public furor.

So here’s what Mr. Benmosche did in an interview with "The Wall Street Journal": He compared the uproar over bonuses to lynchings in the Deep South — the real kind, involving murder — and declared that the bonus backlash was “just as bad and just as wrong.”

You may find it incredible that anyone would, even for an instant, consider this comparison appropriate. But there have actually been a series of stories like this. In 2010, for example, there was a comparable outburst from Stephen Schwarzman, the chairman of the Blackstone Group, one of the world’s largest private-equity firms. Speaking about proposals to close the carried-interest loophole — which allows executives at firms like Blackstone to pay only 15 percent taxes on much of their income — Mr. Schwarzman declared, “It’s a war; it’s like when Hitler invaded Poland in 1939.”

And you know that such publicly reported statements don’t come out of nowhere. Stuff like this is surely what the Masters of the Universe say to each other all the time, to nods of agreement and approval. It’s just that sometimes they forget that they’re not supposed to say such things where the rabble might learn about it.

Also, notice what both men were defending: namely, their privileges. Mr. Schwarzman was outraged at the notion that he might be required to pay taxes just like the little people; Mr. Benmosche was, in effect, declaring that A.I.G. was entitled to public bailouts and that its executives shouldn’t be expected to make any sacrifice in return.

This is important. Sometimes the wealthy talk as if they were characters in “Atlas Shrugged,” demanding nothing more from society than that the moochers leave them alone. But these men were speaking for, not against, redistribution — redistribution from the 99 percent to people like them. This isn’t libertarianism; it’s a demand for special treatment. It’s not Ayn Rand; it’s ancien régime.

Sometimes, in fact, members of the 0.01 percent are explicit about their sense of entitlement. It was kind of refreshing, in a way, when Charles Munger, the billionaire vice chairman of Berkshire Hathaway, declared that we should “thank God” for the bailout of Wall Street, but that ordinary Americans in financial distress should just “suck it in and cope.” Incidentally, in another interview — conducted at his seaside villa in Dubrovnik, Croatia — Mr. Benmosche declared that the retirement age should go up to 70 or even 80.

The thing is, by and large, the wealthy have gotten their wish. Wall Street was bailed out, while workers and homeowners weren’t. Our so-called recovery has done nothing much for ordinary workers, but incomes at the top have soared, with almost all the gains from 2009 to 2012 going to the top 1 percent, and almost a third going to the top 0.01 percent — that is, people with incomes over $10 million.

So why the anger? Why the whining? And bear in mind that claims that the wealthy are being persecuted aren’t just coming from a few loudmouths. They’ve been all over the op-ed pages and were, in fact, a central theme of the Romney campaign last year.

Well, I have a theory. When you have that much money, what is it you’re trying to buy by making even more? You already have the multiple big houses, the servants, the private jet. What you really want now is adulation; you want the world to bow before your success. And so the thought that people in the media, in Congress and even in the White House are saying critical things about people like you drives you wild.

It is, of course, incredibly petty. But money brings power, and thanks to surging inequality, these petty people have a lot of money. So their whining, their anger that they don’t receive universal deference, can have real political consequences. Fear the wrath of the .01 percent!”
- http://www.nytimes.com/
◆
With apologies to swine for the comparison to these degenerates, these scum,
these parasites, they'd better remember where this fine delicacy comes from... 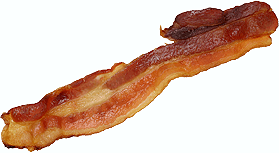