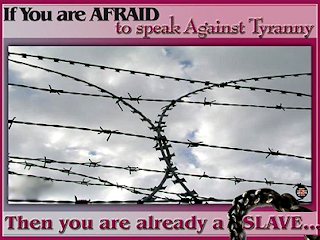 "The war criminal Barack Obama has declared his “outrage” over the 62 deaths associated with the takeover of a Nairobi, Kenya, shopping mall by al-Shabaab fighters. But the attack on the shopping mall was Obama’s fault. Al Shabaab spokesmen said that the attack on the Nairobi mall was a retaliatory response to the Kenyan troops sent to fight against them in Somalia. The Kenyan troops, of course, were sent to Somalia as a result of pressure from Washington. Just as the outbreak of violence in Mali resulted from the fighters that Obama used against Gaddafi moving into Mali, Washington’s violence against Somalia has resulted in the terrorist attack on the Nairobi mall.

This fact again raises the never asked question: What is the real agenda of Washington’s “war on terror”? The western presstitutes never ask this question, nor do western legislative bodies. Washington has offered a variety of justifications for its twelve years of wars. One is that Washington is rooting out terrorism in order to protect Americans from 9/11 type events. Another is that “dictators” must be overthrown and replaced with “freedom and democracy.” Still another is false claims of the possession of “weapons of mass destruction” (Iraq) and the use of “weapons of mass destruction” (Syria).

None of Washington’s claims can withstand the barest scrutiny. None of the governments that Washington has overthrown and seeks to overthrow are terrorist states. Indeed, some are not even Islamist governments. Saddam Hussein’s Iraq had a secular government, as does Assad’s Syria.

Washington’s explanations for murdering Pakistanis and Yemenis with drones are even more nebulous. Moreover, using military means to kill citizens of countries with which the US is not at war lacks all legality.

When Obama gets on the moral high horse about deaths in Syria or Nairobi, his hypocrisy is astounding. A person would think Obama would be ashamed. The Egyptian military, which is financed with $2 billion annually from Washington, has just overthrown the first elected president in Egypt’s history, banned the political party that Egyptians elected to power, and confiscated the political party’s assets, money, and buildings.

The Washington sponsored Egyptian military shot down in the streets many more Egyptians protesting the overthrow of their government by a military coup than died in the Nairobi mall. But we hear nothing from Washington or Obama about the need to support democracy in Egypt.

When the British Parliament voted down providing cover for Obama’s criminal attack on Syria, Parliament created space for Russia’s President Putin to resolve the Syrian situation by obtaining Syrian President Assad’s agreement to join the Organization for the Prohibition of Chemical Weapons and to turn over all Syrian chemical weapons to an international body.

The war monger Obama regime was outraged that Washington’s military attack on Syria had been blocked. Washington and the Israel Lobby went into full scale demonization of President Putin for orchestrating peace instead of war. The Obama regime is trying to block the agreement by insisting on incorporating into the UN resolution an opportunity for attacking Syria if Washington is not convinced that all chemical weapons are turned over.

The entire world knows that Washington will again lie through its teeth, assert that all the weapons were not turned over and use the wedge that Washington is attempting to force into the UN resolution to start another war. Russian Foreign Minister Sergey Lavrov has publicly stated that Washington is trying to blackmail Russia into accepting the potential for military intervention in Syria as part of the agreement.

Until the 21st century, Washington carried out its relentless nefarious activities against other peoples and countries under cover and out of sight. In the 21st century the criminal bush and Obama regimes have brazenly demonstrated their disregard for US law, international law, and human rights.

Hubris and arrogance have run away with the “superpower.” The US stands reviled by the world. At the UN summit on September 23, the president of Brazil denounced the Obama regime for its “breach of international law” revealed by the spy scandal. Bolivian President Evo Morales is filing a lawsuit against the Obama regime for “crimes against humanity.”

When the world looks at Washington, it cannot differentiate Washington from the dictatorships that Washington attributes to other countries. The Washington regime has declared that it is above both law and Constitution and possesses the power to detain citizens indefinitely and to murder them without due process of law. These powers comprise the necessary and sufficient conditions for dictatorship.

Who will liberate Americans from Washington’s tyranny, overthrow the executive branch dictatorship, and bring freedom and democracy to America?”
- http://www.paulcraigroberts.org/
•

Hat tip to Alex Noble for this material.
Posted by CoyotePrime at 2:06 PM