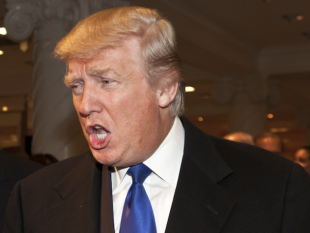 "1. Bill Kristol thinks outrage at Sterling is just hysteria. The conservative pundit used his perch on Sunday morning’s “The Week” to tell everyone to just calm down about L.A. Clippers owner Donald Sterling’s abundantly and almost comically evident racism. Kristol allowed that telling his girlfriend not to be photographed with black people or to bring them to Sterling’s basketball games was kinda bigoted, but, "Deeds matter more than speeches," he said, adding, "I don't think the LA Clippers are a bigoted organization. There's no evidence of that."

In fact, as fellow panelist Maureen Dowd pointed out, Sterling has also performed racist deeds as a landlord. "Everyone goes hysterical over two or three sentences," Kristol said, arguing it was a private matter." Well, it was rather more prolonged than that, Bill. And, for the owner of a high-profile organization which has numerous black players, fans and a black coach to say these things ranks Sterling’s comments as especially high on the heinous scale. His views and comments are and should be hateful to all fair-minded individuals, no matter what the color of their skin. Even if you, Bill were not personally bothered that much.

2. Rush Limbaugh opines that Sterling is being set-up because he did not give Obama enough money. Rush gets points for creativity for his absurd conspiracy theory. Rush, of course, already knew about Sterling’s racist views, so the only thing that is suspicious to him is that Sterling’s getting in trouble right now.

Obama!!! “All of this shock and outrage, it’s as phony as you can believe,” Rush spouted. “It’s been known. They guy gave money to [former Democratic California Gov.] Grey Davis. The guy gave money to [former Democratic U.S. Sen.] Bill Bradley. He’s been donating to Democrat causes, doing what you do in Beverly Hills and LA to be in the A-list crowd.” Rush’s sources on that info are spotty. Fox Nation, Matt Drudge and Daily Callers all claimed Sterling is a Democrat. Los Angeles Times columnist Michael Hiltzik, however, cleared up that bit of confusion when he pointed out on Monday that Sterling was registered as a Republican.
h/t: RawStory

3. Donald Trump says the girlfriend is “from hell.” The Donald had a reliably unhinged reaction to the Sterling scandal. It’s a girlfriend management issue in his view. He told Fox News that Sterling’s only crime is choosing bad girlfriends. “It’s terrible, he got set up by a very bad girlfriend,” Trump said. “Let’s face it. That whole thing is — she’s called the girlfriend from hell.” Fox News host Brian Kilmeade agreed that the girlfriend was clearly baiting Sterling. “It’s so bad,” Trump agreed. “She was baiting him, and she’s a terrible human being.” Yeupp, she’s the terrible one all right, Donald."
h/t RawStory
- http://www.alternet.org/
Posted by CoyotePrime at 2:22 PM