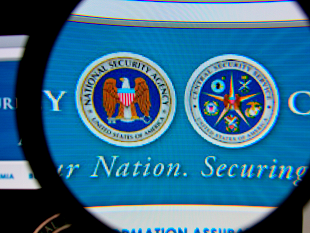 “On Monday, April 14, the the Washington Post and the Guardian US newspapers received the Pulitzer for Journalism Public Service for their reports on NSA spying. In light of their hard work, let's recap events of the last year.

Embarrassed and irritated by Edward Snowden's leaks, Obama charged last year at a press conference that Snowden was presenting a false picture of NSA by releasing parts of its work piecemeal: "Rather than have a trunk come out here and a leg come out there," he said, "let's just put the whole elephant out there so people know exactly what they're looking at. America is not interested in spying on ordinary people," he assured us. The government, he went on, is not "listening in on people's phone calls or inappropriately reading people's emails."

Six days later, a Washington Post headline declared: "NSA broke privacy rules thousands of times per year." In an internal audit in May 2012 of its DC-area spy centers, the agency itself found 2,776 "incidences" of NSA overstepping its legal authority. As the American Civil Liberties Union noted, surveillance laws themselves "are extraordinarily permissive," so it's doubly troubling that the agency is surging way past what it is already allowed to do. The ACLU adds that these reported incidents are not simply cases of one person's rights being violated — but thousands of Americans being snared, totally without cause, in the NSA's indiscriminate, computer-driven dragnet.

The agency's surveillance net stretches so wide that it is inherently abusive, even though its legal authority to spy on Americans is quite limited. U.S. Rep. James Sensenbrenner, the sponsor of the PATRIOT Act (which NSA cites as its super-vac authority), said that Congress intended that it should apply only to cases directly tied to national security investigations. No lawmaker, he said, meant that government snoops should be able to conduct a wholesale grab of Americans' phone, email and other personal records and then store them in huge databases to be searched at will.

Yet look at what NSA has become:

1. The three billion phone calls made in the U.S. each day are snatched up by the agency, which stores each call's metadata (phone numbers of the parties, date and time, length of call, etc.) for five years.

2. Each day telecom giants turn over metadata on every call they have processed.

3. Every out-of-country call and email from (or to) a U.S. citizen is grabbed by NSA computers, and agents are authorized to listen to or read any of them.

4. The agency searches for and seizes nearly everything we do on the Internet. Without bothering with the constitutional nicety of obtaining a warrant, its XKeyscore program scoops up some 40 billion Internet records every month and adds them to its digital storehouse, including our emails, Google searches, websites visited, Microsoft Word documents sent, etc. NSA's annual budget includes a quarter-billion dollars for "corporate-partner access" — i.e., payments to obtain this mass of material from corporate computers.

5. Snowden says that in his days as an analyst, he could sit at his computer and tap into any American's Internet activity — even the President's. A blowhard congress critter called that a ridiculous lie, but Snowden was proven right. In 2005, another analyst did tap into ex-President Bill Clinton's personal email account.

6. Asked at a senate hearing whether his agency collects data "on millions or (even) hundreds of millions of Americans," NSA Director James Clapper said: "No." He later apologized, claiming he was confused by U.S. Sen. Ron Wyden's question. But when asked by Wyden to correct his erroneous answer in the hearing record, Clapper refused.

7. The sheer volume of information sucked up by the agency is so large that as of 2008, it maintained 150 data processing sites around the world.

8. NSA's budget is an official secret, but a Snowden document shows that it gets about $11 billion a year in direct appropriations, with more support funneled through the Pentagon and other agencies.

President Obama recently announced an "overhaul" of the NSA's collection of bulk phone records. The reform may require phone companies to store metadata it collects for 18 months for the NSA's use with the approval from a special court. This might sound reasonable, but it is still gathering bulk data on millions of innocent Americans — by corporations for the government. And what about Internet, email and other surveillance? NSA is too heavily vested in its programs; it is not going to give up spying on us.”
- http://www.alternet.org/
Posted by CoyotePrime at 2:49 PM