Chet Raymo, “The Sadist Next Door” 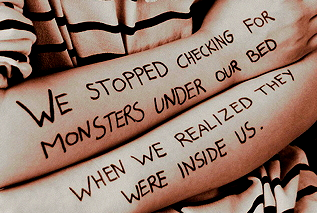 “The Sadist Next Door”
by Chet Raymo

“The current TLS (“Times Literary Supplement”) has an absorbing review of American Historian Joel Harrington's book on the manuscript diary of a 16th-century German executioner, Franz Schmidt of Nuremberg. Remarkably, Schmidt kept a full record of the criminals he executed, the crimes they perpetrated, and the gruesome ways they met their fate. It is a tale that would chill most 21st-century readers.

Hangings, beheadings, burnings at the stake, and breakings with the wheel. In the latter custom, a heavy cartwheel is dropped onto the person to be executed, who is tied down spreadeagled on the execution platform, starting with the feet and working the way up to the head. There are also less final punishments: floggings, finger-choppings, ear-choppings, brandings, and an ingenious catalog of tortures.

For Herr Schmidt, it was all in a day's work. He might as well have been a butcher, baker, or candlestick maker. He had a family to support, and he was good at his job. His neighboring townspeople attended the executions. It was good public entertainment.

Of course, there is nothing unique to the 16th century or Germany about any of this. Hideous tortures and executions have been part of human history from the beginning. Think of the Roman gladiatorial entertainments with their cheering crowds. Or the public stonings, beheadings and amputations still common in certain parts of the world today. It seems that only in the post-Enlightenment West do we look with disapprobation on Herr Schmidt's trade, ostensibly at least. We have the grisly torture chambers of the Gestapo and NKVD to remind us that Enlightenment values are fragile.

All of which raises the question: Is taking pleasure in the infliction of pain on others nature or nurture? Are we born with a good angel on one shoulder and a bad angel on the other? How do we explain the huge popularity of slasher movies and shoot-'em-up video games? Is there something of Herr Schmidt in all of us?”
- http://blog.sciencemusings.com/
Posted by CoyotePrime at 11:10 PM