“Overpopulation Is Not A Problem For Us” 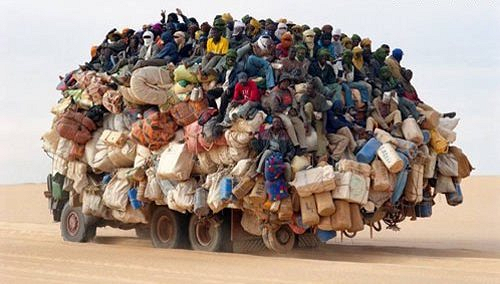 “Overpopulation Is Not A Problem For Us”
By Raul I Meijer

“On a day like this, when Bloomberg runs the hilarious and preposterous headline “Euro Periphery Emerges as Haven as Bonds Rise”, and markets are up because the Chinese government announces a 7.4% GDP growth number, which might as well be 4.7% for all we know given the opaqueness and rosy bubbly with which Beijing is known to “calculate” these numbers, let’s talk about something entirely different. And what better to talk about than a topic I know beforehand will antagonize a substantial part of my readership? And add a title to match that?

In the comment thread to my post yesterday, “This Is Where We Say Good Night And Good Luck?”, a discussion emerged about overpopulation and what we should and can do about it. Lot of numbers got thrown around, as always, and as always lowering the birth rate received most attention. Some numbers are interesting though: In today’s world, some 350,000 people are born each day and 150,000 die, leaving a surplus of 200,000 every 24 hours. An estimated 106 billion people ever lived on Earth. 94% of them are dead. Most were or are poor. Over 60% live(d) in Asia.

But to get back to lowering the birth rate, that’s not going to work. For very obvious reasons. As I said yesterday: Just lowering the birth rate doesn’t work, or at least not well. A healthy population is dependent on a healthy age balance. I don’t know how to solve the overpopulation issue, but I do know this is not the way to go. Then again, I also can’t see older people – boomers, the most numerous generation – go voluntarily in large numbers, though I’ve been suggesting it to them here at TAE.

I’ve written earlier that we may have to concede that we can’t solve this one, we’ll have to leave it to nature to do it for us. And I think there’s a reason we need nature to solve this issue for us. That reason is our own “nature”. Or perhaps I should say “the degree to which we belong to the entire natural system”, something we have a hard time understanding because we’re so prone to thinking we are located someplace above and beyond that system. Our overpopulation problem tells us we’re not. Nor is it an exclusively human issue: all organisms will suffer it, provided they are put in the proper conditions. I put it this way:

Mankind may have invented mythological/religious stories of a deity that made us in his own image, stories that serve to make us feel elevated above all other life, and the crowning achievement of creation/evolution, but the reality is that we are no different from the yeast in the wine vat or bacteria in a petri dish, or any and all other organisms for that matter: when confronted with an energy surplus in a given environment, all species will multiply and proliferate until either they run out of space or the energy surplus runs out, and then there is a die-off.

To be exact: the die-off comes before a species can run out of space or energy, because the use of energy produces waste, and no organism can survive in a medium of its own waste (the corollary to the 2nd law of thermodynamics as defined by Herman Daly and Kenneth Townsend in their 1993 book “Valuing the Earth”). Thus, there will always be more space and more energy left even after the population has collapsed. And that collapse is inevitable. No need to worry about how many people need to disappear for any given amount of time.

I’ve often called us the most tragic species, because we have an awareness, we can see ourselves do it, but that doesn’t mean we can stop ourselves from doing it. Perhaps we need to contemplate the limits of our awareness, perhaps if we were fully aware of what we do, we wouldn’t to the damage we do. Or perhaps our awareness simply is no match for the drive to consume all energy available to us, a drive we inherited from more primitive lifeforms. However it may be, what we call our awareness, and our power of reasoning, seem to be applied in the race to consume energy as fast as we can, not to slow down the rate of consumption, even if our survival might hinge on it. What’s ironic is that the drive to consume is very close, if not identical, to the drive to survive that all life possesses.

Overpopulation is not a problem for us, simply because we’re not capable of solving it. So it’s a problem for us, but not one we can solve. It’s not FOR US, because we have no answer, and we never will. The techno happy crowd out there has no answer either, because the more things they solve that are part of problem, the more it grows. With the same inevitable outcome, only slightly later. Technology is no match for life itself. Which is what this is, of course: there can be no life on earth if it doesn’t possess the drive to fill up every available nook and cranny, only to be held back by factors beyond its control. It’s the very essence of life.

If I had to choose a religion, that would be it: life iself. It doesn’t explain where it’s from, perhaps, but you throw a bunch of amino acids from some asteroid together in the right setting, and you’re halfway there. I don’t think that’s any less comforting than a story of a guy, who looks like me to boot, sitting on a cloud trying to keep a snake he himself just made from tempting a naked woman into eating a piece of fruit. My deity would be everywhere, in me -but not looking like me -, and in every songbird and blade of grass and dungbeetle, and in you. But we would still not be able to escape the essence of life, and given an energy surplus, we would still get into trouble.

We don’t like to admit that there are things we have no answer for, but maybe that’s primarily a late addition to our – western – cultural heritage, a disputable interpretation of the mythological idea that we were made in the image of our creator(s), and lions or songbirds or sunflowers were not. Which seems to reflect a notion, more, of us having been made in our own image, in that at least that way we get to pick what we like.

If that collapse is then inevitable, you might ask, what is it that we have to live for? Well, today’s a beautiful day.”
- http://www.marketoracle.co.uk/Article45238.html
◆ 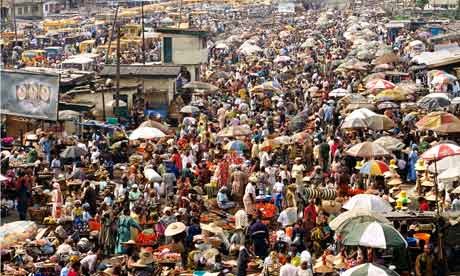 Email ThisBlogThis!Share to TwitterShare to FacebookShare to Pinterest
Labels: Raul I Meijer