“Pssst... The Military-Industrial Complex Is Alive and Well” 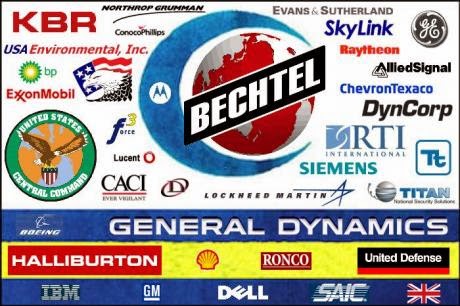 “Pssst... The Military-Industrial Complex Is Alive and Well”
by Bill Bonner

Gualfin, Argentina. “We made an observation last week: The US empire and its credit bubble will probably come to an end at the same time. Each depends on the other. If the US were not so big and powerful, it could not impose its money as the world's reserve currency. Without its position as the issuer of the world's reserve currency (dollars instead of gold), the US wouldn't be able to flood the world with its cash. Without the rest of the world's need for dollars, the credit bubble couldn't continue growing. And without the credit growth there would be no way to pay the expense of maintaining a worldwide empire. This does not explain the miracle of "growth without savings" we discussed last week, but it gives us a hint as to what will happen when the trick no longer works.

All Empires End: All bubbles... and all empires... eventually blow up. An empire that depends on a credit bubble is doubly explosive. All it takes is a turn in the credit cycle, and the fuse is lit. We wrote a book on the subject, along with co-author Addison Wiggin, in 2006. From the invasion of the Philippines to the Vietnam War... the US empire was financed by the rich, productive power of the US economy.

But as the war in Vietnam was winding down, the source of imperial finance changed from current output to future output. The US switched to a purely paper money system... and turned to borrowing to finance its military adventures. Today's blockhead puffs out his chest and enjoys feeling like a big shot. He passes the bill on to tomorrow's taxpayer.

The argument for heavy security spending collapsed between 1979 (when China took the capitalist road) and 1989 (when Russia abandoned communism). But by then, the "military-industrial complex" (or the military-industrial-congressional complex) President Eisenhower warned us about was already firmly in control of Washington. Presidents – Democrat and Republican – came and went. Nothing nor nobody could keep resources from the security industry.

Zombie Lard: The return on investment from this spending was probably well below zero. That is to say the foreign meddling probably created more enemies than it neutralized. But it didn't matter. Besides, the same phenomenon was happening in other major industries. In health care, education and finance more and more resources were commanded by political considerations – even though these industries were still considered part of the private sector economy.

In education, for example, the number of teachers stagnated, as the number of administrators and "educators" soared. Freighted with zombies, there were few real gains in these sectors. Meanwhile, the US manufacturing sector withered. Real wages stopped increasing. Economic growth slowed. And social welfare spending increased. "Guns and Butter" was LBJ's promise. Both were greasy and slippery. And without the strong growth of the 1950s and 1960s, it was not possible to pay for so much zombie lard.

The US empire turned to credit. It has not had a genuinely balanced budget since. Instead, since the end of the Carter administration, deficits have increased, year after year. When the Reagan team came into office in the early 1980s there was a fierce internal battle about what to do with federal finances. The fiscal conservatives – led by David Stockman, Reagan's young budget director – felt the government had an obligation to balance its budget. The new, or "neo," conservatives were more hip to the public mood... and to the miracle made possible by increasing credit.

"Deficits don't matter," said Dick Cheney. The neocons won. Stockman left the administration and went to work on Wall Street. Deficits soared. Later, Stockman wrote a good book, The Great Deformation, explaining how the US economy had been corrupted by its leading industries: government, security and finance.

By the 1990s, the combination of a bull market on Wall Street, falling interest rates, the end of the Cold War and disillusionment with old-style democratic spending left the Clinton administration in a rare sweet spot. It found it couldn't spend money fast enough. Its revenues were high. Its spending opportunities were low. The result was what was feted as a "balanced budget" – but the books only balanced if you ignored the cost of Social Security!

It was President George W. Bush, however, who really took the lid off the credit machine. Details to follow... tomorrow.”
- http://www.thedailyreckoning.com
◆