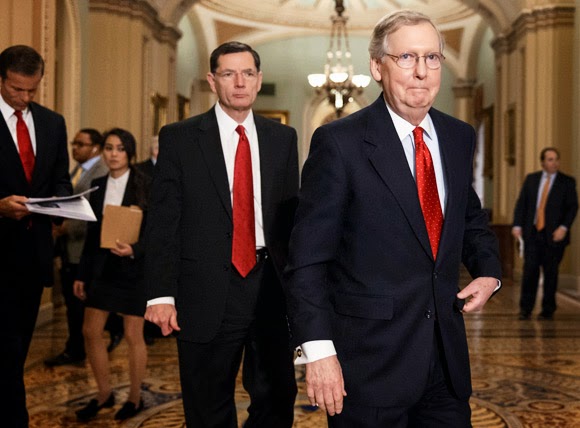 WASHINGTON (The Borowitz Report)- "A broad-based coalition of millionaires converged on Washington today to defeat a bill that would have increased the minimum wage for American workers to $10.10 an hour. Leaving behind their mansions and yachts, the millionaires were motivated by what they saw as an existential threat to the country, Mitch McConnell, a spokesman for the millionaires, said.

“This was an extremely diverse coalition,” McConnell said, noting that everyone from the rich to the very rich to the super-rich united to vote down the bill. McConnell hoped that today’s vote would burnish the millionaires’ reputation as “people who get things done. Folks who have tried to pin a ‘do nothing’ label on us are dead wrong,” he said. “When it comes to stopping workers from being paid more, we spring into action.”
- http://www.newyorker.com/
Posted by CoyotePrime at 7:15 PM