Satire: “Supreme Court Calls Lying By Politicians An Expression Of Their Religion” 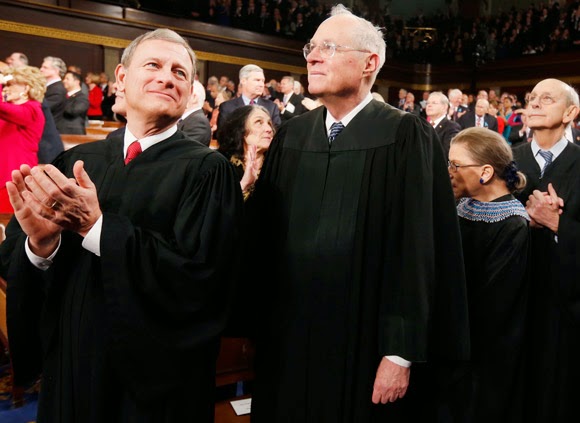 WASHINGTON (The Borowitz Report)— “In a landmark decision, the Supreme Court of the United States declared on Tuesday that lying by politicians is protected by the First Amendment because it is an expression of their religion. By a 5–4 majority, the Court struck down an Ohio law that would make it harder to lie in political ads, arguing instead that “any attempt to restrict or punish lying by politicians is an unconstitutional infringement on a religion they have practiced for decades.”

The Court’s decision won praise from politicians of both parties, with many saying that the Justices’ recognition of lying as a religion was “long overdue.” Writing for the majority, Chief Justice John Roberts argued, “For politicians, lying is a religious observance akin to attending a church or a synagogue, except that they do it seven days a week.”
- http://www.newyorker.com/
Posted by CoyotePrime at 2:20 PM