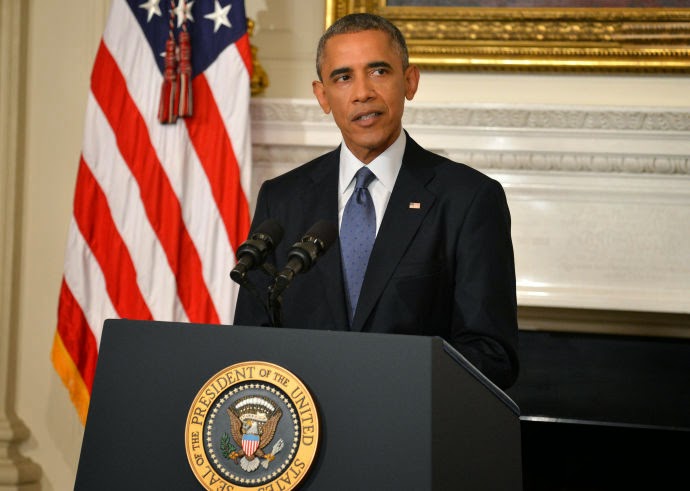 “Obama Urged to Apologize for Anti-Fear Remark”
by Andy Borowitz

WASHINGTON (The Borowitz Report)— “President Obama is coming under increasing pressure to apologize for a controversial remark that he made on Tuesday, in which he said that the nation’s Ebola policy should be based on facts rather than fear. While the anti-fear tenor of Mr. Obama’s comment was offensive enough to some, the President made matters worse by suggesting that science would play the leading role in guiding the nation’s Ebola protocols—a role that many Americans believe should be played by fear.

Across the country, Democratic candidates have sought to distance themselves from the President’s incendiary statement, especially in states like North Carolina, where science and facts have record-low approval ratings. Carol Foyler, a Democratic consultant in Colorado, said that she was “smacking my head” at the President’s divisive comment. “He’s unpopular enough as it is,” she said. “Aligning yourself with science and facts is a surefire way to alienate millions of Americans.”
- http://www.newyorker.com/
Posted by CoyotePrime at 12:51 PM