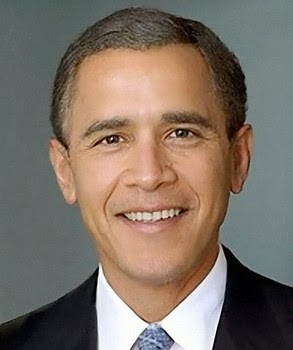 "Among the many things still to be discovered is the effect of QE and ZIRP on the markets and the economy. We can't wait to find out. The Fed has bought nearly $4 trillion of bonds over the last five years. You're bound to get some kind of reaction to that kind of money. But what? Higher stocks? More GDP growth? Higher incomes? More inflation?

Washington was hoping for a little more of everything. But all we see are higher stock and bond prices. And if QE helped prices to go up, they should go back down when QE ends this week. Unless the Fed changes its mind...

If the Fed makes a clean break with QE, it risks getting blamed for a big crack-up in the stock market. On the other hand, if it announces more QE, it risks creating an even bigger bubble... and getting blamed for that. Our guess is we'll get a mealymouthed announcement that leaves investors reassured... but uncertain. The Fed won't allow a bear market in stocks, but investors won't know how and when it will intervene next.

War in the Streets? When we left you for the weekend, we were talking about the reaction to the murder in Ottawa of a Canadian soldier who was guarding a war memorial. There were 598 murders in Canada in 2011 (the most recent year we could find). As far as we know, not one registered the slightest interest in the US. But come a killer with Islam on his mind, and hardly a newspaper or talk show host in the 50 states can avoid comment.

"War in the streets of the West," was how the Wall Street Journal put it; the newspaper wants a more muscular approach to the Middle East. Why? After a quarter of a century... and trillions of dollars spent... and hundreds of thousands of dollars lost... America appears to have more enemies in the Muslim world than ever before. Why would anyone want to continue on this barren path? To find out, we follow the money.

Professor Michael Glennon of Tufts University asks the same question: Why such eagerness for war? People think that our government policies are determined by elected officials who carry out the nation's will, as expressed at the ballot box. That is not the way it works. Instead, it doesn't really matter much what voters want. They get some traction on the emotional and symbolic issues – gay marriage, minimum wage and so forth. But these issues don't really matter much to the elites. What policies do matter are those that they can use to shift wealth from the people who earned it to themselves.

Autopilot: Glennon, a former legal counsel to the Senate Foreign Relations Committee, has come to the same conclusion. He says he was curious as to why President Obama would end up with almost precisely the same foreign policies as President George W. Bush. It hasn't been a conscious decision. Members of Congress are generalists and need to defer to experts within the national security realm, as elsewhere. They are particularly concerned about being caught out on a limb having made a wrong judgment about national security and tend, therefore, to defer to experts, who tend to exaggerate threats. The courts similarly tend to defer to the expertise of the network that defines national security policy.

The presidency is not a top-down institution, as many people in the public believe, headed by a president who gives orders and causes the bureaucracy to click its heels and salute. National security policy actually bubbles up from within the bureaucracy. Many of the more controversial policies, from the mining of Nicaragua's harbors to the NSA surveillance program, originated within the bureaucracy. John Kerry was not exaggerating when he said that some of those programs are "on autopilot." These particular bureaucracies don't set truck widths or determine railroad freight rates. They make nerve-center security decisions that in a democracy can be irreversible, that can close down the marketplace of ideas, and can result in some very dire consequences.

I think the American people are deluded... They believe that when they vote for a president or member of Congress or succeed in bringing a case before the courts, that policy is going to change. Now, there are many counter-examples in which these branches do affect policy, as Bagehot predicted there would be. But the larger picture is still true – policy by and large in the national security realm is made by the concealed institutions. Calling the Ottawa killing "war" not only belittles the real thing; it misses the point. There is no war on the streets of North America. But there is plenty of fraud and cupidity.

Here is how it works: The US security industry – the Pentagon, its hangers-on, its financiers and its suppliers – stomps around the Middle East, causing death and havoc in the Muslim world. "Terrorists" naturally want to strike back at what they believe is the source of their sufferings: the US. Sooner or later, one of them is bound to make a go of it. The typical voter hasn't got time to analyze and understand the complex motives and confusing storyline behind the event. He sees only the evil deed. His blood runs hot for protection and retaliation. When the call goes up for more intervention and more security spending, he is behind it all the way."
- ttp://www.thedailyreckoning.com
Posted by CoyotePrime at 4:41 PM