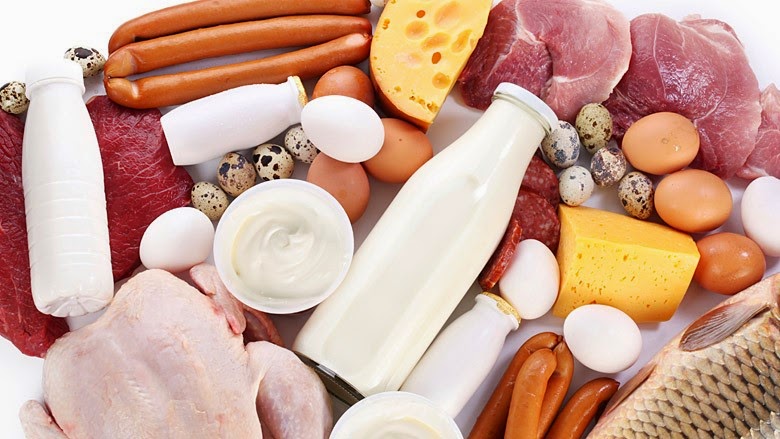 "New Yorkers are bringing home the bacon — but can’t afford the beef. The prices of supermarket staples such as meat, milk and butter are skyrocketing. US Labor Department data show the bill for butter surged 23.7 percent over the last 12 months. Meat rose 13 percent in the last year, with beef jumping 17.8 percent — the biggest boost since January 2004. Meanwhile, fresh fruits other than apples, bananas and oranges increased 9.5 percent and whole milk rose 8.7 percent.

“Our paychecks stay the same, but the food prices keep going up,” fumed Jody O’Toole as she shopped at the Associated Supermarket at Eighth Avenue and 14th Street. “You still gotta feed your family, but meat and milk are too much.”

Colleen Vincent, who lives with her mother in Brooklyn, said she’s avoiding meat and sticking to canned goods and cabbage, which she turned into three meals last week. “I don’t do big grocery shopping trips anymore,” said Vincent, 37. “I have to buy something that gives me more bang for my buck." "We used to buy beef — now it’s a special treat,” she added. “There are other things I want out of life. I don’t want to spend everything on food.”

Steve Gould, 68, was picking up seltzer water, bananas and yogurt and said he refuses to buy anything unless it’s on sale. “I want people to stick their heads out the windows like they did in the movie ‘Network,’ and say, ‘I’m mad as hell and not going it take it anymore,’ ” Gould said.

At Associated, a gallon of whole milk was going for $3.99, an eight-ounce package of Breakstone butter was $3.39 and ground beef was $4.19 a pound. In Chelsea, the Gristedes on 26th Street and Eighth Avenue sold milk for $4.99 a gallon, eight ounces of Breakstone butter went for $3.49 and ground beef was $8.49 a pound.”
- http://www.theburningplatform.com/
◆
Related:
“7 Things The Middle-Class Can’t Afford Anymore”
- http://www.theburningplatform.com/
◆
Related:
Marvin Gaye, “Inner City Blues”
- https://www.youtube.com/watch?v=tI9SKuCIMpc

"Make me wanna holler, throw up both my hands..."
Posted by CoyotePrime at 5:06 PM