“Who Really Controls Our Democracy?” 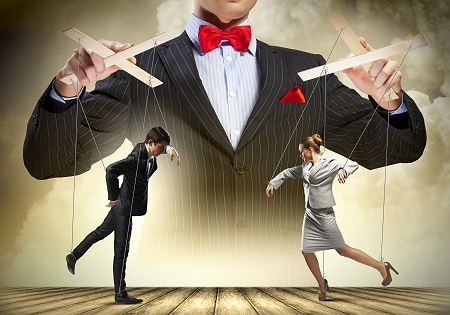 “Who Really Controls Our Democracy?”
by Bill Bonner

“An old friend responds to our recent comments about war: "I can tell you that I fully agree with your points about the war. It was particularly interesting to me to read your thoughts, as I was born and lived in Leningrad, where everyone remembered the blockade during 1941-1944. When I was a teenager, I went to the famous Piskaryovskoye Memorial Cemetery, where, in a small museum, the Savicheva diary [the diary of a Russian girl who endured the Siege of Leningrad] is displayed. Have you been there too? I still remember reading it, like it was yesterday. Very emotional stuff, indeed. Now, we are having over 3,000 dead in Ukraine. What a pity! And what for?"

Another reader (a German immigrant to Canada) adds: "My dad was near Leningrad, and he was very fortunate that he was wounded. That was the only way he was able to escape the carnage. Since at that time wounded soldiers were sent back by airplane to the nearest hospital. He survived but did not return to our hometown of Berlin until the end of 1946. My mother and I assumed he was dead. The stories my dad told me later on did not make pleasant reading. I was also fortunate that I was not hurt during the war years in Berlin. Although there were many times my mother and I had to walk over dead or dying people to escape shelters that were bombed."

War Is Hell: What we've been reaching for in these last few Diary entries is a way of understanding why governments do what they do – even when it is unproductive, expensive and dangerous. "War is hell," William Tecumseh Sherman told the graduating class of the Michigan Military Academy in 1879. But governments go to war. Sometimes because they have to. But often because they want to.

The Siege of Leningrad was particularly hellish. It left 3 million dead. Those who survived lived with appalling memories: of war, cannibalism, frostbite and starvation. And now, people who've never missed a meal in their lives are calling for more war.

Why? As Michael Glennon, a professor of international law at Tufts University, showed us yesterday, there are two parts to a modern democracy. There are the voters. And there are the elites. Each operates in a completely different way. The elites figure out what is best for them... and plan how to get it. The voters respond emotionally... with no real knowledge of what is going on.

The voters don't have time to deconstruct the backstory. They can barely keep up with the front-page headlines. They have real lives, nagging wives or layabout husbands, football games, drug problems and funerals. They can't parse the conflicting claims or disentangle motives. And it would be a waste of their time to try; they have little influence over public policy. The best they can do is to use their instincts – using brains that evolved over millions of years in entirely different circumstances. All they know is what they want... and what they fear.

A Fabricated Enemy? More health care spending? You bet! They can't follow the money and see that most of it goes to the insurance and health care industries. What politician stands up and tells them he is opposed to giving them more free education? The voters can't see how the system is rigged so that the additional spending goes into the elites' pockets. And pity the poor president who is seen as "weak" in defending the nation. The voter can't tell a real enemy from a fabricated threat. He can't know when it makes sense to intervene in a country he's never heard of... and when it makes sense to butt out. And how is he to know where the money ends up?

Elites calculate. The masses react. But if you want to understand why our government does what it does, follow the money. For example, voters are told that the Fed helped protect them from another Great Depression. Who could be against that? The Fed bought roughly $4 trillion of bonds with newly created dollars and bank reserves.

"QE?" asks the voter. "What's that?" Good luck explaining it! And where did it go? Did you get some, dear reader? We didn't. Not directly. Neither did the typical voter. It's been the weakest recovery in the postwar period. Since 2008, US GDP grew at only a third of the average rate during the 20th century. And average household income fell!

But a few people made a killing. The financial industry has been in high clover for the last six years. Stocks, bonds, real estate – everything floated higher on a flood tide of new money. And practically every major central bank joined in, increasing their balance sheets more in the last five years than in the last 100 years combined. 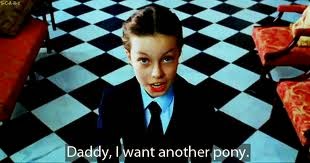 The typical guy might have less in his bank account, but the world's filthy rich are filthier than ever. Stocks alone added about $22 trillion to their wealth. "Why use the $4 trillion relief fund to hoover up financial assets held by the financial elite instead of simply crediting the bank accounts of all Americans?" asks Dutch investment adviser Jaap Westerling in a recent letter to the Financial Times.

Ah... Mr. Westerling, that's not how it works, is it?”
- http://www.thedailyreckoning.com
Posted by CoyotePrime at 9:49 AM