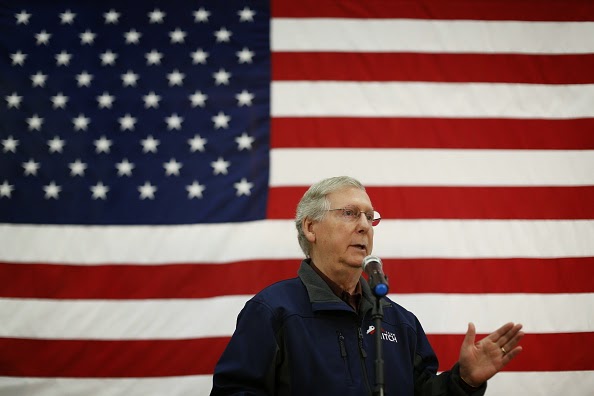 WASHINGTON (The Borowitz Report)— "In a sharp Republican rebuke to President Obama’s proposed actions on immigration, Senate Minority Leader Mitch McConnell accused the President, on Thursday night, of “flagrantly treating immigrants like human beings, in clear defiance of the wishes of Congress.”

McConnell was brutal in his assessment of the President’s speech on immigration, blasting him for “eliminating the fear of deportation, which is the great engine of the American economy.” “Fear is what keeps immigrants working so hard and so fast and so cheap,” McConnell said. “Remove the fear of deportation, and what will immigrants become? Lazy Americans.” In a dire warning to the President, McConnell said, “If Mr. Obama thinks that, with the stroke of a pen, he can destroy the work ethic of millions of terrified immigrants, he’s in for the fight of his life.” He added that Obama’s comments about deporting felons were “deeply offensive” to political donors.”