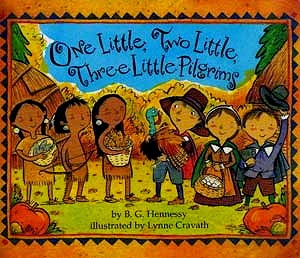 "...as if they were wiser than God."
– Plymouth Colony governor William Bradford

“Wall Street was calm again yesterday. Little movement in either direction. We head off this morning – out the Holland Tunnel and down I-95 to Baltimore. It is not likely to be a nice drive. The highway is the most heavily traveled corridor on the East Coast. And the day before Thanksgiving is the heaviest travel day of the year. We should have left yesterday! But yesterday we were busy observing how almost the entire world seems to be living in Fantasy Land.

In politics and economics, most people believe what isn't true: that the common folk select their leaders... and that these leaders are wiser than God. Tomorrow, we recall an early experiment. The pilgrims washed up in the wrong place... and then proceeded to almost exterminate themselves with clumsy central planning.

Their system discouraged work and encouraged zombies. Wrote Plymouth County governor William Bradford: "The system of taking away of property and bringing it into a commonwealth caused confusion and discontent and retarded much employment that would have been to benefit and comfort of the settlers."Some went to work for the Indians, cutting wood and fetching water in exchange for a "capful of corn." Others starved.

Finally, the colonists abandoned central financial planning and collective production. Families were given individual plots of land, which they were able to cultivate for themselves. The colony was saved. "This had very good success," Bradford wrote, "for it made all hands very industrious."

Unlearning Lessons: Still today, there are no shortcuts or tricks. You get richer by working harder, saving more and improving productivity. But the feds in all the major economies have unlearned hundreds of years of painful lessons.

Most new initiatives from government reduce the incentive to work and increase the rewards for not working. Not surprisingly, this results in fewer workers and more zombies. You'll remember our definition of a zombie: someone who lives on the output of others. Well, they are multiplying fast. A new study from the Congressional Budget Office concludes that 60% of all US households now get more in transfer payments from the feds than they pay in taxes.

The zombies vote. What do they vote for? More flesh! Although one out of five US households pays about $46,000 in taxes, net of transfer payments, three out of five end up ahead by about $10,000 each. When you take what they get from the government and deduct what they pay in taxes, you end up with about $10,000.

Between 1988 and 2011, the percentage of the public that has been zombified by government transfer payments increased 62%. That leaves about 86 million full-time private-sector workers paying taxes... and 148 million on the receiving end. There are more than 100 million people in some kind of federal welfare program, 64 million on Social Security, 54 million on Medicare and 70 million on Medicaid. Since 2000, the rolls for food stamps increased by 17 million – bringing the total to 46 million.

So Many Zombies... Not surprisingly, as it became easier to live by the sweat of someone else's brow, the number of people still schlepping, busing and toting fell. Of Americans between 16 and 54 years old, the percentage with jobs has recently fallen to levels not seen for 30 years (when fewer women were in the labor force).

Today, the ratio of non-working people of working age to working people is almost 1:2. And the number of people on disability has soared. There were 51 working Americans to support every disabled person in 1968. Today, there are only 13. And those few stagger under the weight of so many zombies; they earn less than they did in the disco era.

Social Security numbers show that half of American workers made less than $30,000 last year. Almost three-quarters made less than $50,000. This economy – growing at about one-third the rate of previous decades – is the one that has been improved by the feds' fiscal and monetary policies. Imagine the unimproved version! “
- http://www.thedailyreckoning.com
Posted by CoyotePrime at 12:08 PM