“The Fascinating Differences Between the Conservative and Liberal Personality” 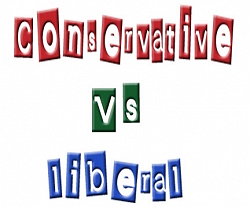 "There are three things I have learned never to discuss with people: religion, politics, and the Great Pumpkin," laments Linus van Pelt in a 1961 Peanuts comic strip. Yet in today's hyperpartisan political climate, religion and politics are obsessively debated, while the "American people" that politicians and reporters constantly refer to seem hopelessly divided. Meanwhile, psychologists are increasingly exploring the political arena, examining not just the ideological differences, but also the numerous factors - temperamental, developmental, biological, and situational - that contribute to the formation and maintenance of partisan political beliefs.

Personality differences are a leading candidate in the race toward understanding the rift between political liberals and conservatives. Using data compiled from nearly 20,000 respondents, Columbia University researcher Dana Carney and colleagues found that two common personality traits reliably differentiated individuals with liberal or conservative identifications. Liberals reported greater openness, whereas conservatives reported higher conscientiousness. This means that liberals (at least in their own estimation) saw themselves as more creative, flexible, tolerant of ambiguity, and open to new ideas and experiences. Across the political personality divide, conservatives self-identified as more persistent, orderly, moralistic, and methodical. These personality differences were even reflected in the bedroom belongings and offices or workspaces of ideological undergrads, with liberal students collecting more CDs, books, movie tickets, and travel paraphernalia, as opposed to their conservative peers, who showed more sports décor, U.S. flags, cleaning supplies, calendars, and uncomfortable furniture. Lest you think that the partisan personality is a uniquely American phenomenon, similar findings on personality and political ideology have emerged in samples across the globe, from North America, Europe, and Australia.

Evidence suggests that these personality differences between liberals and conservatives begin to emerge at an early age. A 20-year longitudinal study by Jack and Jeanne Block showed that those who grew up to be liberals were originally assessed by their preschool teachers as more emotionally expressive, gregarious, and impulsive when compared to those who became conservatives, who were considered more inhibited, uncertain, and controlled. Liberals may show greater tolerance for diversity and creativity, but they may also be more impulsive, indecisive, and irresponsible. On the flip side, conservatives may be organized, stable, and thrifty, but also have stronger just-world beliefs (leading to a greater tolerance for inequality), and stronger fears of mortality and ambiguity. Even recent neuroscience work published in Current Biology from University College London identifies fundamental differences in the partisan brain. Brain scans revealed a larger amygdala in self-identified conservatives and a larger anterior cingulate cortex in liberals, leading the researchers to conclude that conservatives may be more acute at detecting threats around them, whereas liberals may be more adept at handling conflicting information and uncertainty.

Some evidence suggests, however, that we aren't always so divided. In situations that remind people of death and mortality (such as terrorist attacks or implicitly primed images of funeral hearses and chalk body outlines) conservatives and liberals alike gravitate toward more conservative leaders and beliefs. By contrast, greater acceptance of liberal values occurs during events in which people feel disillusioned by government authorities and the politically powerful (such as the Vietnam War or after the 2008 housing crisis).

Of course, the field of psychology isn't immune to political biases and partisanship. Liberal psychology professors vastly outnumber their conservative counterparts by as much as 10 to 1 (perhaps conservatives have some justification for a general distrust of science and academia). A similar imbalance was found by Dyer Bilgrave and Robert Deluty in their 2002 survey of more than 200 clinical and counseling psychologists, published in the journal Psychotherapy. They also found that cognitive-behavioral therapists tended to hold more conservative religious and political beliefs than their more liberally oriented psychodynamic and humanistic-oriented colleagues. Other findings implicative for psychotherapy suggest that liberals and conservatives conceptualize different values in their family narratives, and that individuals fail to empathize completely with the nonpolitical concerns and problems of others if they're perceived as belonging to an opposing political party.

No matter which side of the couch they sit on, therapists are inevitably bound to confront political and moral issues in treatment. In research, practice, and training, therapists are expected to achieve the kind of bipartisan collaboration that politicians seem to only talk about. According to Bilgrave and Deluty, "therapists should ask themselves regularly how their religious and political beliefs, values, and attitudes may be influencing their practice of therapy-how they see clients and their problems, how they help clients frame and understand their concerns, and how and in which direction they encourage clients to act." But if our partisan personalities are deeply rooted in our early development and wired in our brains, is honest and thoughtful consideration of our own biases and predeterminations enough, or even possible? And when even your furniture choices betray your political persuasions, then what does your office tell patients about you?"
- http://www.alternet.org/
Sources: Partisan Personality: American Psychologist, 61, no. 7: 651-70; Current Biology, 21, no. 8: 677-80; Psychotherapy, 39, no. 3: 245-60. 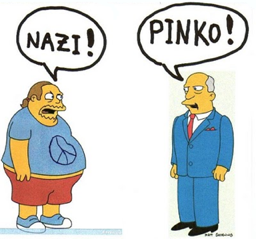 Posted by CoyotePrime at 2:23 PM