Chet Raymo, "How Things Are" 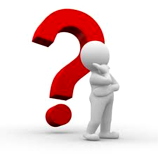 "How Things Are"
by Chet Raymo

"Any global tradition needs to begin with a shared worldview - a culture-independent, globally accepted consensus as to how things are. From my perspective, this part is easy. How things are is, well, how things are: our scientific account of Nature, an account that can be called The Epic of Evolution. The Big Bang, the formation of stars and planets, the origin and evolution of life on this planet, the advent of human consciousness and the resultant evolution of cultures - this is the story, the one story, that has the potential to unite us, because it happens to be true.

I quote from the Introduction of Ursula Goodenough's wonderful book "The Sacred Depths of Nature." Readers will know of my admiration for Ursula and her book (if you want a concise introduction to biology, you can't do better). However, I would take gentle exception to one statement in the above passage: "because it happens to be true." I would have said: "because it is the most reliable story we have at the moment."

Actually, I think Ursula would agree. Science is not an infallible body of doctrine. It is an always evolving approximation of "the way things are" based on the widest possible consensus among scientists at any given time. Is it true? It is as true as you can get until it isn't. Scientists are constantly holding the scientific story of how things are against the refining fire of experience. Generally this means tinkering here and there on the edges of "truth." Occasionally it means a wholesale revamp of fundamental ideas. One could write a book on the confirming characteristics of scientific "truth": empirical consistency, economy, beauty, parsimony, and so on. But if you want the most impressive confirmation of the reliability of the scientific story of how things are, look around you. Science is a truth system that has given us the entirety of modern technology and medical science. As the old Rheingold beer commercial used to say, "We must be doing something right."

It's a story that has the potential to unite us, as Goodenough says, and in practice it does (we all fly airplanes, use the internet, and rely on penicillin). But only in practice. I fear Ursula is too optimistic if she thinks the scientific story of how things are is about to replace any of the other stories of how things are that dominate the lives of the vast majority of humans - and set us at each other's throats, story against story.

Why are the ancient stories so resilient, in the face of the overwhelming practical success of science?  An obvious answer: Because the ancient stories promise that death is not final. Then there's the possibility of habituation: We adhere to the traditions we grew up in. The overwhelming number of Christians, for example, would almost certainly be Muslims had they been born and raised in Qom, Iran. Once a story of "how things are" gets tangled in the neurons of the brain, it's a devil of a time to shake it free.

Add to this the solace of believing that the creator of 100 billion galaxies has me - yes, me personally - in mind. It's like getting a birthday card from President Obama ("Good luck, Chet. I'm thinking of you on your special day."), except in spades. And so on. All of this against a one-size-fits-all scientific story of how things are that is hard to understand in its details and sets us adrift in an (effectively) infinite universe with no one to man the oars but ourselves.

But let me put a more congenial spin on it. We are curious creatures by nature. We want answers to the Big Questions. Why is there something rather than nothing? Why is the universe the way it is and not some other way? (That is to say, why are the laws of physics what they are?) How did life begin? What is consciousness? These are fair questions. They are among the biggest questions we can ask. The fact that we ask them is a defining characteristic of our species.

The ancient stories of how things are provide answers - anthropomorphic, animistic, artificialist - stories that are satisfyingly easy to understand because they mirror our sense of self. The scientific story doesn't provide answers, at least not yet and maybe never.

Which brings me back to Ursula Goodenough; "The realization that I needn't have answers to the Big Questions, needn't seek answers to the Big Questions, has served as an epiphany," she writes. It is, in fact, a kind of liberation - freedom from thrall to the Big Questions - liberation to revel in the pure "is-ness" of creation, the inexhaustible miracle of the here and now. But "is-ness," in all of it depths and dimensions, requires attention, study, and a certain poetic openness to particulars - the flower in the crannied wall, the grain of sand. Which is why the scientific story of how things are will not replace religious myths that are there for the effortless taking."
- http://blog.sciencemusings.com/
Posted by CoyotePrime at 6:51 PM