Obamacare: “Again, An Admission You Were SCAMMED” 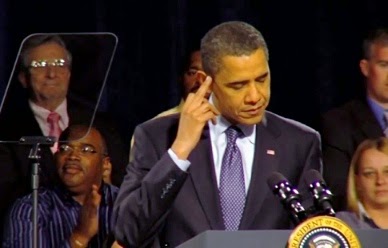 “Again, An Admission You Were SCAMMED”
by Karl Denninger

“And where are you, Boobus Americanus? You're not in the streets. You're not picketing both the White House and The House of Representatives, nor the Senate. You're not in front of Pelosi's home, or Boehner's, or any of the other Congresscritters.

You're going to get drunk tonight, aren't you?

Good- go celebrate your consent to being robbed. Oh sure, you were robbed by a thief in the night originally, but now you've consented to the continued theft that flows into the coffers of the medical and insurance "industries", leveraging your fear of death and disability to ply their trade. This isn't up for debate any more. Everyone now knows that Obamacare was passed under intentionally false pretense. In other words you were suckered on something that comprises more than one quarter of Federal Spending and nearly one dollar in five spent through the economy, which all ultimately comes from you.

“I wish that President Obama could have stood up and said, ‘You know, I don’t know if this bill is going to control costs. It might, it might not. We’re doing our best. But let me tell you what it’s going to do…” Gruber said on a San Francisco podcast in 2012. “If he could make that speech? Instead, he says ‘I’m going to pass a bill that will lower your health care costs.’ That sells. Now, I wish the world was different. I wish people cared about the 50 million uninsured in America…But, you know, they don’t. And I think, once again, I’m amazed politically that we got this bill through.”

You were intentionally lied to and financially raped.

This occurred because the limits of claiming you were going to die and thus must give up ever more of your earnings on a more-or-less voluntary basis (with only the threat of bankruptcy) was running into its natural limit. There was the possibility of mass defections and establishment of alternatives, along with shunning (or worse) aimed at health providers and employees within the industry.

The "industry" responded through intentional deception promulgated by the government to sucker you into allowing them to use force on a pre-emptive basis in order to extract even more of what you earn, thereby cutting off your option to erect the middle finger and increase the fear of retaliation, this time by government thugs with guns, should you try to resist their theft. (The IRS hired 16,000 new agents specifically to enforce compliance with Obamacare. - CP)

Come talk to me about why I should give a damn about whatever your pet whine is when, and only when, you'll stand up and do something about the fact that fully one fifth of every dollar spent in this country is stolen as a direct consequence of what has occurred here- and which now has been turned into a theft that you cannot opt out of as the government will now fine you if you refuse to participate. In other words ordinary theft by deception has now been turned into armed robbery.”
- http://market-ticker.org/ 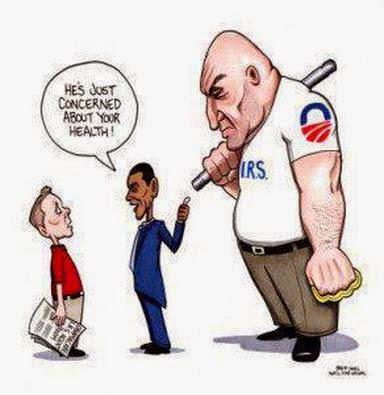