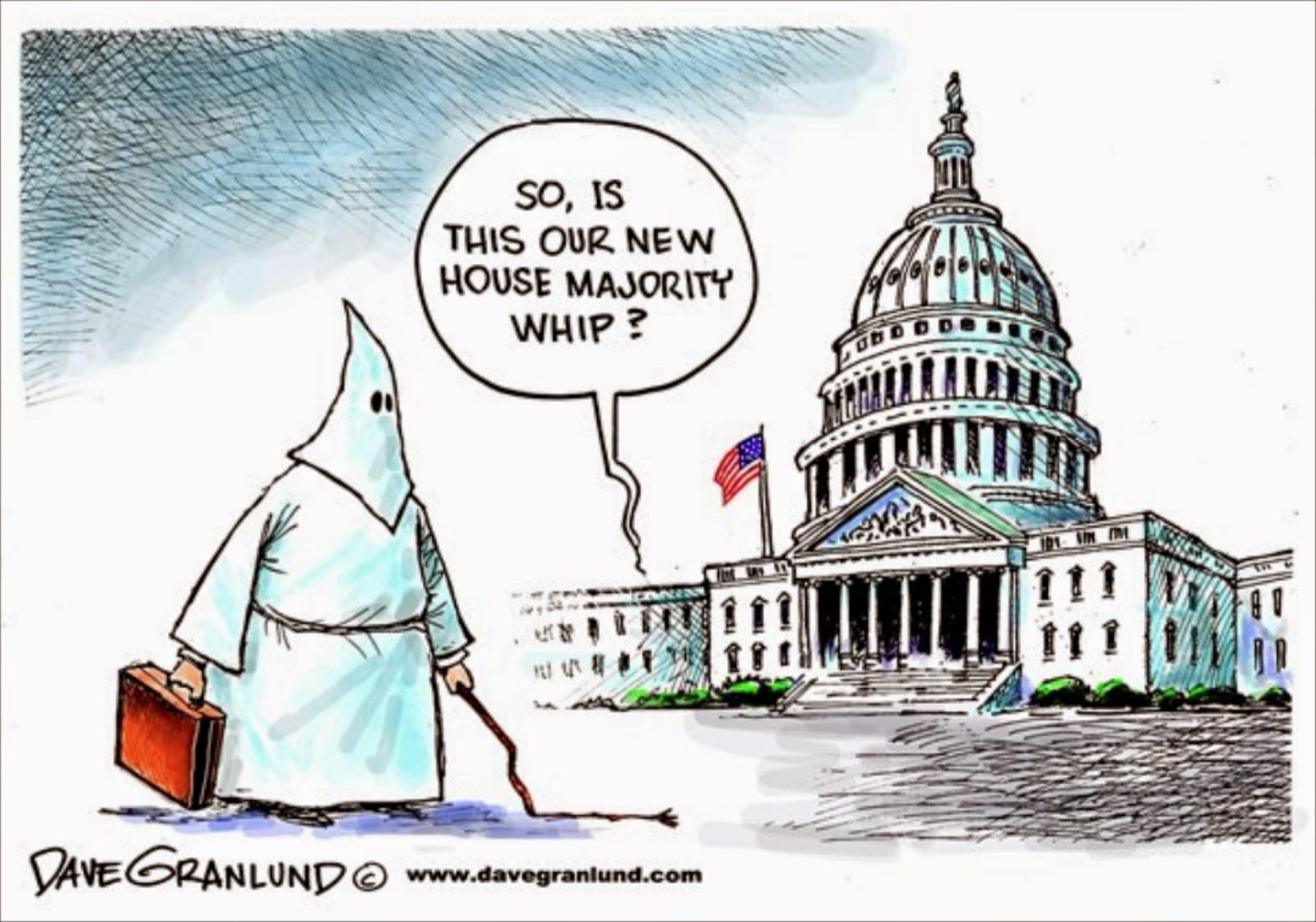 The Louisiana congressman said that proper labelling for white supremacists should make it easier for lawmakers to know what kind of organizations they are addressing in the future. “Sometimes it’s hard to see through all that smoke from the burning crosses,” he acknowledged."
- http://www.newyorker.com/

What this is all about:

Our reaction, of course...
Posted by CoyotePrime at 2:10 PM