"The Paradox of Revenge" 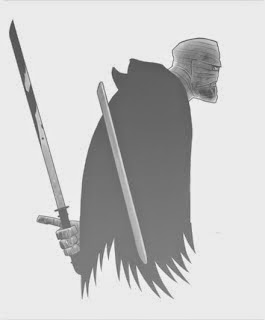 "The Paradox of Revenge"
by Emotionalcompetency

“The passion for revenge is strong and sometimes almost overwhelming. But our intuitive logic about revenge is often twisted, conflicted, parochial, and dangerous. Revenge is a primitive, destructive, and violent response to anger, injury, or humiliation. It is a misguided attempt to transform shame into pride. Many governments, religions, traditions, and cultures provide guidance on when revenge may and may not be sought. Unfortunately this guidance is often unsatisfactory because it excludes groups of people, often mistreats women, generally leads to escalation, is unevenly applied, and typically leads to prolonged and escalated violence. Choose another path.
Definitions:
1. The desire to get even,
2. Retaliation for injury, loss, or humiliation,
3. An attempt to transform shame into pride.
4. Seeking symmetrical injury, harm, or loss
Roots: from revengier : re- + vengier, from Latin vindic?re, to avenge again, vindicate.

Revenge is directed passionately at a specific target with the intent of doing them harm because they have intentionally done you harm. It is the dark side of reciprocity.


Revenge originates from the primal need for self-defense. In today's world, it is often abused as a destructive and futile response to anger or humiliation. Exhaust all alternatives before considering revenge, and use revenge only if it is your only effective self-defense. Why do you believe it is your only alternative? Why do you believe it will be effective? Describe why you believe revenge addresses the cause and will have the effect you want.

Most strategies for revenge fail because they attempt to change the past. Unfortunately once the damage is done and the injury, insult, humiliation, or other loss occurs, the clock cannot be turned back and the loss is permanent. In addition, the value of the loss to the offended is seen as much greater than any benefit gained by the offender. As a result the offense represents an unrecoverable loss to society as a whole. Successful strategies for revenge look far into the future and recognize that the cycle of vengeance and retaliation can only spiral toward tragedy and are best stopped before they are started.

Revenge is a doomed attempt to eliminate shame and increase stature by asserting dominance. It fails because asserting dominance does not increase stature, instead it usually increases violence. Also, remorse cannot be coerced, it has to be discovered. Evidence indicates that forgiveness increases self-esteem and decreases anxiety."
- http://www.emotionalcompetency.com/revenge.htm
Posted by CoyotePrime at 7:04 PM

Email ThisBlogThis!Share to TwitterShare to FacebookShare to Pinterest
Labels: Emotionalcompetency