“Trying To Stay Sane In An Insane World, Part 2” 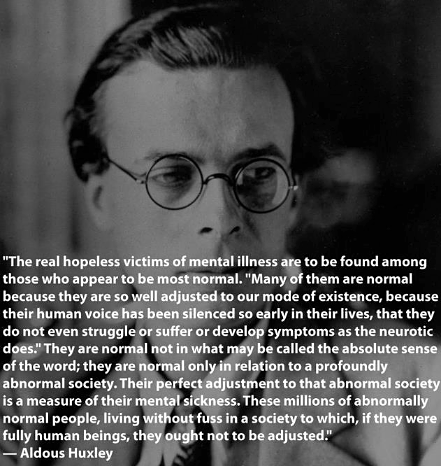 “Trying To Stay Sane In An Insane World, Part 2”
by James Quinn

"When people pile up debts they will find difficult and perhaps even impossible to repay, they are saying several things at once. They are obviously saying that they want more than they can immediately afford. They are saying, less obviously, that their present wants are so important that, to satisfy them, it is worth some future difficulty. But in making that bargain they are implying that when the future difficulty arrives, they’ll figure it out. They don’t always do that.”
– Michael Lewis, “Boomerang”

"The manner in which our leaders are governing the country and citizens are living their lives can only be considered normal in relation to residing in a profoundly abnormal society. The American Dream of having the opportunity for upward mobility through educating yourself, working hard, accumulating wealth methodically by spending less than you earn, and reaching your full potential as a caring loving human being has been replaced by a perverted nightmare where we run on a hamster wheel for our entire lives trying to achieve the new American dream of accumulating throw away material goods, working to make the payments for McMansions, SUVs, stainless steel appliances, and iGadgets you rent from bankers, while driving yourself into an early grave by consuming mass quantities of processed poison and the stress created by trying to achieve the lifestyle sold to us by Madison Ave. maggots, Wall Street shysters and the mainstream media propagandists. The corporate fascists tell you what to believe, which “enemy” to fear, how you should look, what to eat, what drug to take for the illnesses caused by the food they lured you to eat, the kind of house you need to impress your friends and family, and the car you need to drive to impress your neighbors. As George Carlin aptly pronounced: “It’s called the American Dream because you’d have to be asleep to believe it.”– either asleep or insane.

“Normal is getting dressed in clothes that you buy for work and driving through traffic in a car that you are still paying for– in order to get to the job you need to pay for the clothes and the car, and the house you leave vacant all day so you can afford to live in it.”  – Ellen Goodman

Our profoundly abnormal society of materialistic zombies, who mindlessly obey the commands and marketing messages of the financial elite, has staked their futures and the future of the country on the wisdom and brilliance of an Ivy League academic who never worked a day in the real world, didn’t spot the largest fraudulent housing bubble in world history, and whose unlawful acts as Federal Reserve chairman have enriched the banking whores who destroyed the country and impoverished what remains of the dying middle class. It’s the height of insanity for the American people to trust these crooked high priests of finance to cure a disease they spread with their immoral, traitorous policies over the last century. The Federal Reserve and their lackeys, in a desperate last gasp gamble to prolong their fiat currency pillaging of the peasants, have rolled the dice with QE to infinity, accounting fraud, and further enrichment of their corporate masters.

“Viewed as a religious cult, modern finance revolves around the miracle of the spontaneous generation of money in a set of rituals performed by the high priests of central banking. People hang on the high priests’ every word, attempting to divine the secret meaning behind their cryptic utterances. Their interventions before the unknowable deity of global finance assure them of economic recovery and continued prosperity, just as a shaman’s rain dance guarantees rain or ritual sacrifice atop a Mayan pyramid once promised a bountiful harvest of maize.”
– Dimitri Orlov, “The Five Stages of Collapse”
Full, and much longer, article is here:
- http://www.theburningplatform.com/
Posted by CoyotePrime at 9:57 AM