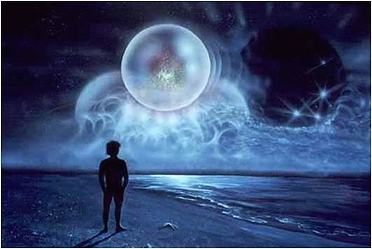 “A Momentary Stay”
by Chet Raymo

“This from a review of Paul Muldoon's new book of poetry, "Maggot", by Nick Laird, in the June 23, 2010 "New York Review of Books". It seems Muldoon was heckled by an audience member who claimed that what he was reading wasn't poetry. Muldoon replied: "It doesn't come naturally to me to defend these things as poems. As a concept, I see it like this: the word "poetry," as you know, means "making," so these are constructs in the world…One is trying to construct something that will help us to make sense of things, and a construct, or building even, let's say a space, a clearing, a momentary stay against confusion (from Robert Frost's phrase), which when we enter, we have some clarification, however slight, and when we leave it, something, however slight, has been clarified. We have been helped in some way to make sense of the world.
So that is what poetry means to me. I need to be provoked by it. I can't quite accept what seems to be a fairly conventional notion of poetry as that which bolsters us up in what we already know. I am less interested in that than in poetry that puts us in a difficult position and makes us think again about how things are, and that is almost an article of faith.
Another article of faith…has to do with unknowing, and that, I think, connects it to many experiences that could be described as "spiritual" experiences…where one has a sense of giving oneself over to something beyond oneself, something one doesn't quite understand; and only in a spirit of humility is there half a chance that one will come out the other side knowing anything at all in some minor way."

First, notice that Muldoon's claims for poetry are hedged about with qualifiers- "momentary," "some," "however slight," "almost," "could be," "doesn't quite," "half a chance," "in some minor way." How refreshing the lack of dogmatism. But those qualifiers are badges of the poet's sense that knowing is hard come by, wrested in fragments from nature, and that the first part of knowing is unknowing, clearing a space in the thicket of what we already think we know.

The medieval mystic John of the Cross spoke of "the knowing that unknows," a chastening glimpse into a world beyond oneself that is infinite (or effectively so) in breadth and complexity, an insight that is the daughter and mother of humility. It has been suggested by others wiser than me that the greatest discovery of 20th-century science was ignorance- recognizing the extent of what we do not know. The knowing that unknows. The knowing that edges open a door that might, if we are lucky, allow the light of the infinite, however slight, to shine through.

To be fair to the heckler, Muldoon's poetry is increasingly obscure, but I think the poet is suggesting that the world is obscure, and that if we are lucky we will come out the other side of the poem knowing more in a minor way than when we entered.”
- http://blog.sciencemusings.com/
Posted by CoyotePrime at 8:11 PM