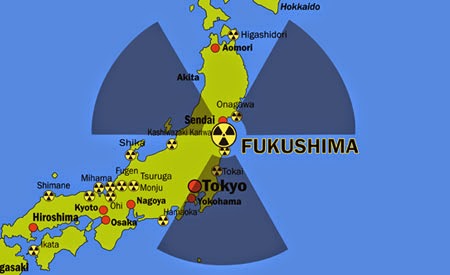 "A number is something that expresses a mathematical value. A reference point representing a neutral fact. For example, some numbers regarding the Columbia Generating Station nuclear plant in WA State:

Numbers. They represent value. But the value depends upon the validity of the process, the integrity of the process whereby the numbers were ascertained, determined or in the case of TEPCO and Fukushima, created. TEPCO figured out at the very start of 3.11 that numbers, their values and the process of distributing those numbers to the media, to the world, was the very juncture at which they could control the story. If they could confuse, obfuscate, create, disburse and seem as though they were the authority rather than the ship of fools that they truly are, credibility was going to be built in with as much assurance as 2+2=4 with each number they released.

Let’s take a look at the number 300. It is half of 600 and 100 less than 400. But still, it is static and relative. Then ask a question: Is using the number 300 in terms of the amount of tons of radioactive water flowing from Fukushima-Daiichi into the Pacific, a reality or one of the best PR campaigns ever in the history of the worst disasters created by man on Earth?

Let’s look at the numbers for any sort of reality base. But first… Imagine turning on your faucet in your bathroom sink. You are brushing your teeth. When you’re finished, you turn off the water. How much water did you use? 5 gallons? 10 gallons? 2? You might like to think 2 gallons because it is less than all of the other options you have made up. But really, you don’t know. You are still guessing but feel good about 2 gallons rather than more. If you had a gauge on your tap, you would know how much water you used.

Do you think you use the same amount of water each time you brush your teeth? How would you know? Do you turn the water on the same amount with regard to pressure? Do you brush for the same duration each time? You have no way of knowing unless you have a gauge. No gauge? All guesses.

300 tons is a random number TEPCO chose to use after deliberating with the messaging of yet another PR campaign of dis-information. The first numbers we heard were 400 tons but those morphed into 300 and then 600. 300 stuck when an article was written claiming that 300 tons of radioactive water leaked from one of the tanks at Fukushima. It had nothing to do with all of the water flowing into the Pacific nor was it based in reality since the tanks had no gauges on them. Nevertheless, 300 tons stuck.

The amount of radioactive water flowing into the Pacific comes from many sources. There are no gauges on rain water, on ground water, on the amount of water leaking from the tanks bolted together at Fukushima. There is absolutely no way to know definitively, let alone exactly, how much highly radiated water has been flowing over the melted cores of Reactors 1, 2 and 3 and from the fuel pool in #4 since 3.11 began. Here we go again. Numbers. Reactors 1, 2, 3 and 4.

Rain water. Ground Water. Hosed in water. Tanks leaking water. Surely TEPCO had a way to determine this number of 300 tons of leaking radioactive water into the Pacific that even our anti-nuclear leaders to this day, still espouse to the public when talking about the ongoing disaster at Fukushima.

Back to the point. The number 300 is an “unknowable” in the sense that in this equation of how much radioactive water has been leaking, pouring, flowing, seeping into the Pacific, 300 would equal X. X is the unknown factor.

In an article from “Japan News” from Sept 7, 2013, Kazuaki Nagata writes, TEPCO said ‘it will install water gauges on all flange-type tanks storing radioactive water from Reactor #1 to enhance monitoring.’ So we know there were no gauges on the tanks when they were haphazardly created and TEPCO had revealed itself early on to be 100% full of lies; the gauges which they said they did attach at a later date, didn’t work as we were soon to find out.

But to go on with that article, Nagata reveals that a tank leaked 300 tons of highly radioactive water, “causing a domestic and international uproar over environmental contamination.” There was no uproar. All was quiet like a mouse. So how did TEPCO get the number ‘300 tons’? It’s hard to know when gauges aren’t present or those that are, are broken or when TEPCO is only obfuscating the truths of things exponentially worse than what they are reporting.

Find the amount of radioactive water leaking from each of the 1000 bolted tanks.
Add X to each tank that does not have a gauge.
Add
Add
Now add the amounts of rainfall over Fukushima since 3.11 day one through current date.
Then determine how much ground water sits beneath Fukushima-Daiichi and how much of that ground water flows into the Pacific.

The only answer to this word problem is that it is impossible to know how much radioactive water flows into the Pacific but it exceeds 300 tons by exponential realities.

We know that TEPCO is a conduit of deception, evasion, and lies so let’s not pass along in our teachings to others, anything from their PR campaign, the most ubiquitous of which being the amount of radioactive water flowing into the ocean; 300 tons is a gross misrepresentation of the 24/7 massive radioactive assault on the Pacific Ocean and her animals.

What are the real numbers? As you can see now, we will never know. What is the real damage? As we witness the death toll rise among the ocean animals, we will have a better and clearer recognition that the damage that nuclear power creates is one that is NEVER worth the risk.

Now that you’ve made it to the end of this article, everything you just read about the water is true but it is a DISTRACTION! It is a distraction by design from TEPCO. As John Bertucci of Fukushima Response points out, “repetitively attaching this number to the contaminated water effectively mutes public perception and discussion of the real 300 tons we should be worried about: the missing core material from 3 empty reactors, each of which contained about 100 tons of fuel rods, called corium now, although that assumes it has retained some coherent physical state.”

We know definitively that parts of the core of Reactors 1, 2 and 3 (you knew I’d circle back to these, didn’t you!) blew across the world and landed in your organic gardens, your lungs, your children’s lungs, your food supply and of course, in your DNA. The isotopes that blew with it are lethally yours for the next tens of thousands of years.

So remember, when you hear 300 tons of water, think 300 tons of melted and atmospherically dispersed radioactive material in our ocean, air, food and soil and you will be 1 day smarter than yesterday. There is no number to designate a “safe level” of radiation because there is no such thing as a safe level of radiation, but there is value to each and every one of your lives and even more value when you add the life of future generations to the life of our planet. Do the math."
- http://www.counterpunch.org/
◆
Miriam German is the director of RadCast.org. She founded No Nukes NW in 2012.
◆
As always, I encourage you to do a "Search" of this blog for "Fukushima."
Posted by CoyotePrime at 9:43 AM