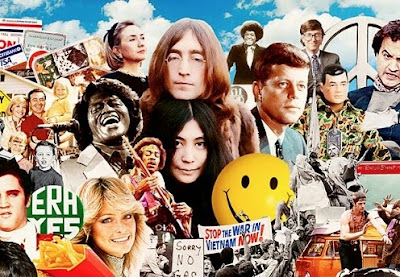 London, England - “Fed chief Janet Yellen is talking about raising rates. From USA Today: “If the economy continues to improve as I expect, I think it will be appropriate at some point this year to take the initial step to raise the federal funds rate target,” Yellen said in a speech at the Providence Chamber of Commerce in Rhode Island. She added, however, that after the first hike, “I anticipate that the pace [of subsequent increases] is likely to be gradual.” Yellen said that “it will be several years” before the Fed’s benchmark rate is back to normal – which is close to 4% in an economy that’s performing well.

No Real Recovery: We have proven – beyond reasonable doubt – that if anyone can predict the market’s movements, he doesn’t work at the Diary. But when it comes to the economy, we claim a little credibility. We saw the debt crisis of 2008 coming. Addison Wiggin and I wrote about how America was due a debt collapse in our 2006 book, “The Empire of Debt.” It was so big… so obvious… and so in your face, who could have missed it?

And after the worst of the crisis subsided, we saw not only that there was no genuine economic recovery, but also that the economy couldn’t recover. Genuine economic growth is something you can allow, but you cannot force. If you try to trick your way to it – with phony interest rates, more debt, and cockamamie inflation targets – you will retard the growth, not speed it up.

This is obvious, too. But Ms. Yellen is paid not to see it. And in the absence of real growth, the Dow at 18,000 looks vulnerable. It wouldn’t be at all surprising to see a rolling top take shape… with a sharp break in the fall. But here we leave the vagaries of the market to pay homage to America’s Second Greatest Generation.

In the wake of Memorial Day, we feel guilty about the way we’ve treated the old f**ts. We wish to make amends to all our readers over the age of 55. After all, these are the people who made America what it is today.

The Funny-Money Generation: So, today, we rise to take their part… to sing praises to the fallen heroes… and to wave their banners. Here at the Diary, we are used to standing up for lost causes, die-hards, and underdogs. But today, we defend those who don’t need it. Everyone knows that people who came of age in World War II were our Greatest Generation. They risked their lives to beat the grisly war machines of Nazi Germany and Imperial Japan. Not only that, but also they were the ones who made the innovations we take for granted today – freeways, credit cards, jet engines, pressurized air cabins, radar, nuclear power, the computer… you name it.

But it is to the baby boomers – the Second Greatest Generation in U.S. history – that we raise our glasses today. Wasn’t it on our watch that we developed PowerPoint, twerking, the Frappuccino, and “wife bonuses”? As to this last innovation, we just learned about it yesterday. The Financial Times reports that Manhattan’s elite bankers and lawyers are rewarding their wives – with money, we presume – for their children’s SAT scores… and other measures of family success. Good luck with that!

The business world has long known about the power of financial incentives. But sometimes they backfire. Managers with financial bonuses often underperform those without bonuses.
Psychologists tell us that there are “intrinsic” benefits to, say, seeing your children do well in school. “Extrinsic” benefits sometimes seem to get in the way. The money may distract mom, in other words.

That gets to the heart of our critique of the funny-money generation – those who lived most of their adult lives between the 1970s and today. The Fed oversees an EZ money regime. It distracted people. We quickly forgot the essential formula for a healthy economy and a decent society. Instead of saving, learning, investing, and cultivating the virtues that build real wealth, our generation went for the easy money.

Making War, Not Love: But today, we put that aside. Today, we come to praise the Second Greatest Generation, not throw mud in its face. This, after all, was the “make love, not war” generation. But the one thing that stands out, following Memorial Day, is that it has made more war than any generation before it.

We know our parents won World War II, for example, but we forget who won the Vietnam War! Who? Ho, that’s who: Ho Chi Minh. So forget that one. Fifty-eight thousand dead Americans… and more than 3 million dead Vietnamese. For what? Nobody can say. Not a great moment in U.S. history. But at least former secretary of Defense Robert McNamara had the decency to admit it. Late in life, he apologized. And cried.

All right. We didn’t win. But at least we tried. And Vietnam was just the first of a long list of wars that the Second Greatest Generation fought – each time doing its level best to make the world a better place. Or at least to make itself richer – whichever came first.

War on Poverty – lost. But $15 trillion has gone to the poverty fighters since 1964.

War on Cancer – lost. But $30 billion was spent on cancer research since 1971… and hundreds of billions on cancer treatments that didn’t work.

We don’t know if Time included it in its calculations… but it should have counted the money the U.S. government spent to create its enemies – Saddam Hussein, the Taliban, al-Qaida, and ISIS – as well as the money it spent fighting them.

But the Pentagon is a big winner, along with all the lard-butt zombies in Congress and Northern Virginia.