“What Memorial Day Do You Honor?” 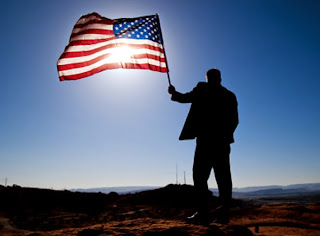 “What Memorial Day Do You Honor?”
By BATR

“Many accounts will praise the sacrifices and deeds of those who fought in the American wars. Some versions will emotionally express their thanks and respect, while others will list their heroic actions. There is another viewpoint that seldom gets the attention that it deserves. Simply put, what is the true reason that all this blood was shed and the meaning of continued torment that follows, when the guns are silenced? Some will say, we just need to revere those who served. Others may dare to ask, why and what for?

The most positive decision coming out of the last thirty years has significance that affects all of us. It honors those who served and those who supported each conflict. Not all may agree with this conclusion, but how many have ever thought it through? The draft is now abolished. Involuntary servitude is gone and forced indentured service has now become voluntary. That is a victory that we ALL should celebrate.

Before you tune out and shut your mind, consider a process that is rarely practiced today. Thinking... The purpose of the State, and yes this applies to America, as well, is to protect and serve citizens. Did you ever hear these words?

"We hold these truths to be self-evident, that all men are created equal, that they are endowed by their Creator with certain unalienable rights, that among these are life, liberty and the pursuit of happiness. That to secure these rights, governments are instituted among men, deriving their just powers from the consent of the governed. That whenever any form of government becomes destructive to these ends, it is the right of the people to alter or to abolish it, and to institute new government, laying its foundation on such principles and organizing its powers in such form, as to them shall seem most likely to effect their safety and happiness. "

In today's world these are politically incorrect words. Who would dare seek to resist the American Government? It's un-American NOT to serve in her defense!

The next phrase that maybe some have seen before starts off with: "WE THE PEOPLE... " and goes on to enumerate the articles that form the Constitution for that government. Note that the individual is the sovereign, not the government. This is very basic, but so essential. If you do not understand this distinction, you are among the confused. You listen to a different tune today. 'Service OF Country' is a term you will hear, over and over. Intentions may be well placed by those who speak such words, but their comprehension is lacking. It is all about the Country serving "We the People".

Efforts to compel community service into the schools and the general culture plays into the hands of those who worship the State. The notion that to be a 'good citizen' requires service to the nation, BY serving that government, is patently absurd and insane. It is a total renunciation of the reasons why America was founded. When the individual is viewed as a ward of the state, an not its master, you have lost the only war that veterans should fight.

During our short years upon this earth, we cherish and love many different ideas and people. Our family should head this list, even above ourselves. Likewise, our respect for our neighbor, community and country deserve our deference. But is the State superior, when it claims that it occupies a rightful place that supersedes the source in its own existence? I think not! And so should you...

Why is it considered to be noble that the United States is a continuous government since Thomas Jefferson uttered those most veritable words? America was born at the moment that he spoke these truths, not when a government was formed. Then why do so many of you continue to defend a government, who has long ago abandoned those principles, and has become eminently worse than that of King George?

The call to service needs to be in the defense of what is meant in the Idea of America. The country that we all now live in so often has lost sight of that truth. We have much to celebrate, but an American empire is not one. The sacrifices made deserve respect, but not consent. The flag that waves deserves thirteen stars. The one that now flies, needs to be turned upside down.

We can all show dedication to our country, but does our country bestow respect back on us? 'Love for Country' means that country serves under the will of her people. For all those who served to preserve that goal, we honor your trust. For those who only followed a false master, my sympathy goes to your family. Our country already has paid a heavy price, for that blunder.”
- http://www.marketoracle.co.uk/Article50827.html
Posted by CoyotePrime at 2:43 PM

Email ThisBlogThis!Share to TwitterShare to FacebookShare to Pinterest
Labels: BATR