“Your Radiation This Week” 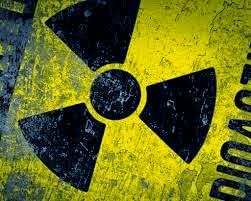 “Your Radiation This Week”
by Bob Nichols

“Good Day, this is “Your Radiation This Week.” These are the recorded Radiation Highs that affected people this week around the United States and in your neighborhood. Let’s get right to it.

RADIATION  CPM  CITY STATE
Listed in Counts per Minute, a Count is One Radioactive Decay Registered by the Instrument.
50 CPM is an Alert Level

What Did they Know: You know the drill from countless movies and quite likely you’ve said the refrain yourself “What did they know, and when did they know it.” In this case we’re talking about radiation, a thing that is easily determined by radiation monitors, and the people who own or control the instruments.

A radioactive isotope widely used is RadioXenon. It is used by countries to see if their neighbors are cheating on them; or, to develop, store and use nuclear weapons and it is easily detected by isotope detectors. Most people do not have enough money to even consider buying one. As a result, the smart guys and gals in the universities have them and operate them.

All of the CPM counts on “Your Radiation This Week” are public information and may be released by anyone at anytime. Yes, even you.

It is hard to dig down on the EPA RADNET website to find the info. As a result, most people do not succeed. The NETc website is a bit easier but costs money. Full disclosure: I have a $19.95 per year subscription to NETc and consult the free RADNET site as a cross reference.

Long story short, any governor, US Senator or elected US Representative who wanted to know the radiation picture during the past 45 years, could know. In fact, there were smart, very capable people ready, willing, and able to tell them. However, they simply did not want to know and do not want to know now. As a result your radiation weather this week is infinitely worse and you are no doubt surprised. These are the very same politicians that look you right in the eye and loudly proclaim, I did not know, year in and year out. 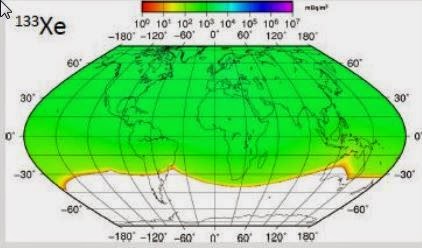 How long does it take for you to look at this published picture of world wide RadioXenon distribution to figure it out? The radioactive area is marked in Green. A second or less? Two seconds max? Most of the world is covered! You are probably included given you live on this planet.

Four – maybe six – nuclear reactors burned beyond recognition at the Fukushima Diachi Reactor Plant in North Eastern Japan and are still burning. It is but the latest example. There will inevitably be many more nuclear events like Fukushima. There is also a high probability that one or more of the 15 remaining reactors in the Ukraine War Zone are smashed now and spewing radiation to cover the world.

Can Big Smashed Reactors be Repaired, Ever? No, they cannot. The exposure of people to very high level radiation kills them in a few minutes. Machines and robots do not do much better. Humans start liquifying internally and bleeding; robots get fried in a matter of hours. Plus, the machines to capably handle big radiation emergencies never were invented; not that people in governments, militaries and universities did not try. They all simply failed.

Chernobyl Yet Again: The much bally-hooed Chernobyl Nuclear Power plant disaster happened 28 years ago. Right on cue for the anniversary the forbidden forest around the still deadly power plant erupted into a wildfire. Tons of hundreds of kinds of radioactive isotopes are in the trees and all vegetation. 400 Hectares or about 1,000* acres are blazing out of control. Local fire fighting equipment and manpower is not making a dent in the blaze. The radioactive smoke from the blaze is in the Ukraine, of course, and the EU. It will take about 40 days for the RadSmoke to go around the world.

About 8.7 Billion Metric Tonnes of vegetation and forests burn each year. We must consider all vegetation, worldwide, radioactively contaminated and calculate the fires’ re-suspension of radioactive particles as an additional radiation source."
-http://www.veteranstoday.com/

1. The Radiation charts and graphs of the EPA at www2.RadNet.gov/radnet. Don’t skip the “2” in www2.
2. The EPA based reporting of NETC.com, an LLC.
3. * This station’s Radiation equals combined Beta and Gamma Radiation. Note: Not all locations have reporting Beta Radiation Monitors. Gamma Radiation Monitors are functioning at all these locations.
“If you pollute when you DO KNOW there is NO safe dose with respect to causing extra cases of deadly cancers or heritable effects, you are committing premeditated random murder.” – John W. Gofman, Ph.D., M.D. (1918-2007), associate director, Lawrence Livermore National Laboratory 1963-1969) — Comments on a Petition for Rulemaking to the Nuclear Regulatory Commission, May 21, 1994.
4. CPM. “Although we can’t see it, taste it, smell it or hear it we can measure radiation and observe its effects. One way to measure radiation which the United States Environmental Protection Agency [EPA] has chosen to use on its radiation websites is in Counts Per Minute. Each Count is One Radioactive Decay.” Quote from the ‘Your Radiation, This Week.’” Apr 3, 2015.
5. Comprehensive Nuclear-Test-Ban Treaty (CTBT)
6. 400 Hectares Equals 988.422 Acres, from Google.
7. World wildfire report. Wild fires in Chernobyl-contaminated forests and risks to the population and the environment: A new nuclear disaster about to happen?"
Posted by CoyotePrime at 7:42 AM