Technology: "Windows 10 Updates Forcing PCs To Use Microsoft Products On Default - And You Can't Change It Back" 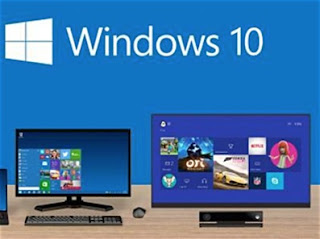 "It seems that the saga of Windows 10 problems is never-ending – users are now reporting that the latest Windows 10 update automatically switches a user's chosen programs over to Microsoft alternatives without permission, and users can't reset the defaults back to the programs they want to use. If you're a Windows user, you probably have certain programs that you prefer to use. For example, you might prefer to use the Google Chrome web browser over Firefox to surf the web, or you might be using a photo editing program like IrfanView or Adobe Photoshop, or you might be opening all video files using VLC.

Unfortunately, that's not going to be possible if your computer has downloaded the forced cumulative update KB3135173 that was pushed out between 15-21 February, which is causing users' default programs to revert back to Microsoft alternatives, such as Chrome reverting back to Edge, or IrfanView reverting back to the Microsoft Photos app. And even worse, angry Windows 10 users on Reddit say that even if they go into the system's settings to change the defaults back so they can use the programs they like, Microsoft will forcibly change the default programs back again within two hours.

"THIS HAS BEEN HAPPENING TO ME!!! It's maddening. I change my default apps for images, videos, audio, even PDF's. Within a few hours it's back to the MS defaults. And I'm running from the default administrator account with UAC turned off, so those apps can't even run!," user pmjm posted on Reddit.

Microsoft is now aware of the issue and hopefully is trying to fix it, if their statement is anything to go by – "We are aware of this issue that some customers are experiencing, and are actively working to resolve it," a spokesperson told the Inquirer.

The users on Reddit suggest that in the meantime, Windows 10 users have a few options (although none of them ideal): 1) Uninstall all possible default Microsoft programs that the operating system might use as a replacement to the ones you want to use; 2) reinstall Windows 10 completely and don't install the update KB3135173; or 3) Forget Windows and switch over to Linux.

Maybe just chill and wait for Microsoft to fix it? IBTimes UK has a suggestion – instead of moving to Linux, you could also just reinstall Windows 7 (supported by Microsoft until 2020) and download this handy program to prevent automatic updates you don't like, and just wait until Microsoft has sorted out Windows 10's teething problems. Or, you could just wait, like Reddit user mrcandyman, who says that other than this bug, he has enjoyed using Windows 10.

"So why don't I move to Linux? I would love to. I actually love Linux for the most part and was a big advocate for it for a long time. However now I need to use Excel (no, OO.org and LibreOffice are not good enough for what I need) and I need to use Autodesk Inventor and Solidworks," mrcandyman wrote on Reddit. "Besides what I need it for, I have to say my Windows 10 experience has been really good for the most part. I would actually say that it's been my favorite Windows OS so far. Yes, I do really hope they fix this problem soon, and no, this 'bug' shouldn't have ever happened. Hopefully they will remedy the situation soon."

Windows 10 is now installed on over 120 million PCs round the world, but the operating system has been dogged by controversy due to Microsoft downloading 6GB of Windows 10 files on machines that haven't upgraded; the Threshold 2 update deleting default programs and freezing during the update; not to mention Microsoft's server storing everyone's Wi-Fi network passwords and tracking the computer usage of Windows 10 users."
- http://www.ibtimes.co.uk/
◆
Related:
•  Don't want Windows 10? This tool lets you stay on Windows 7 and prevent automatic upgrades
•  Windows 10 Update: Threshold 2 deletes essential default programs and freezes during upgrade
• Haven't upgraded to Windows 10? Microsoft has downloaded 6GB of files on to your PC anyway
• How to stop Microsoft from tracking you on Windows 10
•Windows 10 and Edge now targeted by Dyreza password-stealing, botnet-binding malware
Posted by CoyotePrime at 4:55 PM