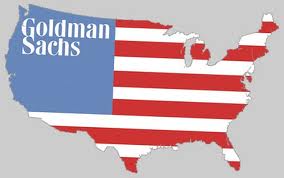 "Bail-outs, Bail-ins, the average consumer has trouble keeping these terms and their meanings straight. Both terms are relatively new on the American economic scene. Here is what these terms mean:

“A bail-out is when outside investors rescue a borrower by injecting money to help service a debt. Bail-outs of failing banks in Greece, Portugal and Iceland were primarily financed by taxpayers.

A bail-in occurs when the borrower’s creditors are forced to bear some of the burden by having a portion of their debt written off. For example, bondholders in Cyprus banks and depositors with more than 100,000 euros in their accounts were forced to write-off a portion of their holdings. This approach eliminates some of the risk for taxpayers by forcing other creditors to share in the pain and suffering.”

Goldman Sachs Is Covertly Ushering In Bail-Ins Beneath the Radar: Goldman Sachs has a new new online bank that it acquired from General Electric Co. The evidence is quite clear that Goldman Sachs has taken the lead in what will become the “the Great American rip-off”, which will lead to massive bail-ins around the country. Before we go further in this developing story in which bail-ins are already happening in America, let’s take a look at the character of Goldman Sachs in order to gain some much needed perspective on who will be setting the trend in this newest waves of the bankers hijacking the country.

As I documented in my seven part series, "The Great Gulf Coast Holocaust," Goldman Sachs executed a “put option” for preferred insiders invested in Transocean stock,thus protecting the profits of these preferred insiders on the morning of the explosion. Transocean was the owner of the ill-fated oil rig. Goldman Sachs also sold the lion’s share of its BP stock less than two weeks before that fateful day on April 20, 2010. Nalco was the subsidiary of Goldman Sachs and BP at the time of the explosion. Who is Nalco? Nalco was the exclusive manufacturer of the deadly oil dispersant, Corexit. Corexit has done more to wreck the ecology of the Gulf as well as the health of the Gulf Coast residents than the oil spill itself. Again, this is all documented in my seven part series. By the way, I count another three coincidences in this paragraph alone and if you are keeping score, we are looking at a total of five amazing coincidences. But wait, there is more!

The moral of this story is clear, if there is to be a significant false flag event, the financial actions of Goldman Sachs will prove to be the key. And Goldman Sachs’ actions have signaled yet another oncoming false flag. As I reported on in April of 2013, Goldman Sachs instructed its brokers to sell short on gold stocks. And then after the bulk of the gold market panicked and the price of gold plummeted in a massive sell off, the Goldman Sachs boys did it again. The Goldman Sachs brokers began to purchase gold in massive amounts, for its elite clients, at a greatly depressed price. By the way, Goldman Sachs employed the EXACT same strategy with regard to the Gulf Oil tragedy. When Goldman Sachs sold off BP stock in the days before the explosion, they purchased massive amounts of BP stock at a greatly reduced price in June of 2010. In short (no pun intended), Goldman Sachs is clearly a criminal enterprise organization.

Any financial endeavor that Goldman Sachs is involved in should be looked at with a wary eye.

Goldman Sachs Will Lead the Way in the Covert Theft of Your Money: In a major transaction that went virtually unnoticed, Goldman Sachs just took over $16 billion of deposits from the online business it bought from GE Capital. Goldman Sachs immediately merged this platform with its GS Bank USA and created a hybrid banking model. Goldman Sachs is offering 1.05 percent interest on savings accounts that are opened online. The bank has added to its deposit base by 700%.

Here is where the Goldman actions get very interesting and very serious. On this past Tuesday, two U.S. agencies have announced their special version of a long-term liquidity rule outlined by global regulators in 2014. When we start reading professional sounding catch phrases, it is time to clutch our collective wallets as Goldman announces that it is embracing the “funding ratio” policy that requires banks to hold enough easy-to-sell assets to meet any liabilities coming due in the next 12 months. The easy to sell assets are your bank account.

New Rules: Hoping you will get lost in the words, Goldman is planning to rob you blind. Under these new policies, deposits are viewed as a more stable form of financing than market-based sources such as repossessions.

Goldman Sachs said in its latest annual report that it’s already in full compliance with the pending short-term rule, called the liquidity coverage ratio. The term, the liquidity coverage ratio means that your deposits are the source of backing for the banks instead of the U.S. taxpayer. However, the only way that could be achieved is if the FDIC is not involved. And for the FDIC to not be involved, your bank assets could not be counted as money. I wrote an article in November of 2014 in which I stated that your money had been stolen. Why would I make such an outrageous claim? Because at the G20 conference held at that time in Brisbane, Australia, it was decided that a depositor’s assets would no longer be called money when it went into the bank. This became the impetus for shifting the backing of banks away from bail-outs to bail-ins where your deposit can be confiscated by the bank at any time and in any amount.

Conclusion: Who else but Goldman Sachs would be the one to usher in a brand new way to steal American citizens’ money?”
- http://investmentwatchblog.com/
Posted by CoyotePrime at 3:25 PM