“Is This Making Kids Dumb?” 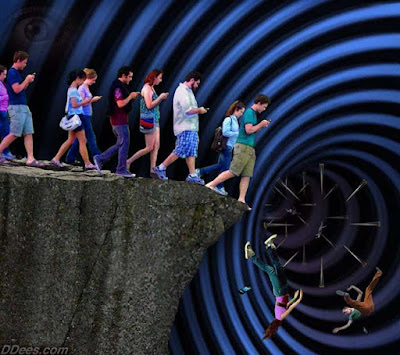 “Is This Making Kids Dumb?”
by Bill Bonner

“Don’t your feet get cold in the winter time?
When the sky won’t snow and the sun won’t shine.”
– “Desperado,” The Eagles

GUALFIN, Argentina – "No major meltdown in the stock market yesterday. Au contraire, stock prices generally moved up. But our focus this week is on the real, the concrete – things that matter. Like cold feet. We have only a few days more at the ranch; we have to pay attention to them. And there is so much to pay attention to!

Everything Matters: “I read that kids today spend nearly eight hours a day on their cellphones and computers,” said Elizabeth yesterday. “I wonder what that does to their minds.” “Wait… I usually spend more than eight hours a day on my laptop. You can see what that has done to me.” “Yes, it’s a shame. You used to be so bright.”

Here at the ranch, everything matters. Yesterday, we woke up to find a horse outside our bedroom window. “That’s El Bayo,” said Elizabeth; she knows her horses. “How did he get out?” Investigating further, we found the whole herd enjoying itself in our flower bed… eight horses eating as fast as they could. Not a big deal. But if you forget to close the gates, you make trouble for yourself.

Yipping and Yelling: It was very cold this morning. The sky was dark with clouds. It was snowing up in the mountains. Down in the valley, the temperature dropped below freezing, but the sun wouldn’t shine and the sky wouldn’t snow. We brushed our teeth by candlelight – our solar electrical system is still giving us problems, so our promised test of friend Porter Stansberry’s new razor would have to wait until the sun came out. Then we put on our boots and chased the horses back to their field.

Horses must have some moral sense. They knew they had done wrong. When they saw us coming, they bolted out of the flowers. Then, they held their heads in shame all the way back down the hill to where they were supposed to be. Today, they can continue grazing. They’ll get a workout tomorrow. Several of the ranch hands left before dawn for the high pasture, four hours away. They will bring the few animals still there (we took most of them away because of the drought) down to the corral.

Tomorrow, we will all mount up early and head out to the big valley. It will take about three hours to reach the end of it. Then, we’ll spread out, sweeping along the cattle in front of us… yipping and yelling… until we get them back to the corral. Stay tuned….

Make-Believe World: “It’s one thing for you to spend time working on a computer,” Elizabeth continued, “but it’s entirely different for a young person. They’re not working. They don’t know what work is… or how the world works… or much of anything. How are they going to learn about the real world unless they get into it? When almost their entire day is spent in a make-believe world… with games, entertainment, and idle, vapid gossip with one another… what do they learn? How do they know what is real and what is not? Maybe that’s why they get to college and get excited by transgender bathrooms and diversity studies. They don’t know what really matters.

People are very adaptable and very resilient. But in the end, all we have is time. And if you use that time doing silly things, what happens? I don’t know… but I’m happy to be down here [at the ranch]. There’s so much to do… so much to learn.”

Elizabeth’s right. Yesterday, for example, we got Carlos to show us how to plaster a wall the way the locals do. He dug out some rose-colored dirt near the casita. Then, he sifted it through what looked like fly screen to get out the stones… mixed it with about one-third fine sand… and water… and that was all there was to it. He used it to cover the wires we had snaked between the rocks in the walls of the little house. The effect was a soft, rich wall. Of course, we could have learned to do that on the Internet, too.

Maybe that is what the kids are up to – learning how to do things by watching YouTube videos. Maybe when we get back to the U.S., we’ll find half the country covered with mud plaster."
- http://www.thedailyreckoning.com
◆ 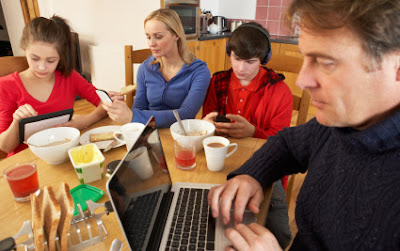