"A Cobbled Together Mess" 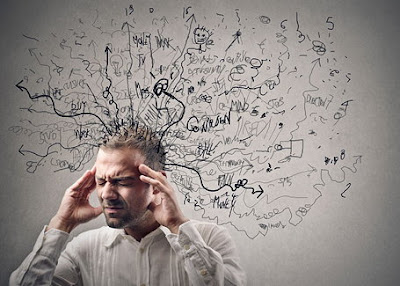 "A Cobbled Together Mess"
by Mr Morphed

"One commodity is in short supply these days, thinking. Humans all have an identical organ in their cranium but the use of it swings from the barely to weird to outlandish. Something to consider is the difference between the brain and the mind. Don't spend too much time on this though, as it will drive one towards the deep end. The brain absorbs information and stores it in different locations, while the mind collects this information and life's events into a mishmash with jumbled feelings and births a personality. This is what creates an individual. Now that we have the basics of what makes one tick, we must look at the workings of personalities to further investigate the interaction of one unto another. Here is where it gets dicey.

The thesis of this post is to create an excuse for the inexcusable. An excuse for hatred, murder, wars, greed, torture, genocide, and the host of actions taken by people that "should know better". The workings of the mind gets its jump start from the center of the brain. The oldest and smallest region, the inner brain on top of the brain stem, mirrors the brains of present-day reptiles. From this organ comes the production of the levels of alertness, breathing, heartbeat, and emotions like fear, love, lust and the self preservation instinct, etc. On top of this is our present day "cobbled together mess" that David Linden, a professor of neuroscience at Johns Hopkins University states as "Impressive in function, sure, but in its design the brain is quirky, inefficient and bizarre, a weird agglomeration of ad hoc solutions that have accumulated throughout millions of years of evolutionary history."

Into this soup we try to mix in what is termed "humanity" but something is amiss. The reptilian brain says to love and protect our offspring yet we increasingly find babies in dumpsters. This phenomena is the overriding of the instinct of love at our core by the artificially created "me" society. I want to make a bumper sticker that says "love people not things" because we have been duped into thinking we can buy happiness and now we are witnessing the crash of these lies. Click... George Bush Jr nailed it for us, even though I am sure by accident, when he said, "See, in my line of work you got to keep repeating things over and over and over again for the truth to sink in, to kind of catapult the propaganda." Using this basis the machine has produced a world of zombies, aka the Iowa effect. Idiots out wandering around letting the likes of Rush Limbaugh, Bill O'Reilly, and Michel Savage do their thinking for them. Parrots of what they see and hear because it is easier than thinking for one’s self, so they memorize the repeated propaganda and spew forth this garbage at every opportunity, all the while convincing themselves they are with the program. And the masters of manipulation snicker as we march lock step towards another war because "they hate our freedoms." Click...

I have climbed to the top of the mountain while beating a ten thousand pound drum screaming "Wake up!" and the ditto heads yawn and giggle while rolling their eyes and shout, "Look at the freak!" And I have witnessed the unbelievable. My brother saying, "I don't care how many people we have to kill as long as gas stays cheap." I replied, "You moron," and now we don't speak. Friends repeating, "We have to destroy Iraq because they will destroy us," as they are convinced Iraq attacked us on 9/11 and I scream, "You fools, cant you see,  have you no original thoughts?" and it falls on deaf ears and their mind shackles tighten. Click...Click... I hearken back to years past when another asked, "Does knowing the truth make you happier?" and I have to admit it does not.

Here we sit on the merry-go-round waiting for the promised "change we can believe in," when it is the same lies by the same worn out faces from failed administrations gone by. And we wait... go around... wait... go around... hoping things will get better after these latest trillions are worked into the system in a trickle down effect designed to further enslave us with more usury on top of the credit cards we presently can’t pay. Click... Maybe we should go back as far as records are kept and give back the money paid into the illegal income tax and drop it from here on out? But that might help the economy, and fixing it is not the plan.

In signing off I sometimes think maybe we need a crash. Not a bit of an economic slow down mind you, but a full fledged, light outs, total systems down world wide punch of the reset button. A rude and obtrusive awakening, as it is obvious the only way to touch the grey matter of the couch potatoes waddling in and out of the 7-11 for Big Gulps, is to kick them off their asses, to let them repeatably turn on and off the hot water tap until the light is sighted and they realize somebody lied. But this is my vanity for judging because obviously ignorance is bliss. Click...Click..."