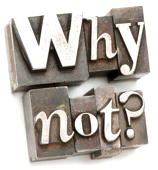 "Why Not?"
by Chet Raymo

Yes, everything, animate and inanimate, is made of the same stuff - the 92 naturally-occurring elements - but all of the animate things we know about are made mainly of carbon compounds - carbon in combination with with hydrogen, oxygen, nitrogen, and a smattering of other elements- the compounds we study in organic chemistry. Carbon atoms have a knack for joining up in a rich variety of ways.

But all things made of carbon compounds are not animate. The petrochemical and pharmaceutical industries produce gobs of carbon-based products that are not alive, including paints and explosives.

Of course, some things we make are animate. Babies. Gardens. And we use animate matter to make inanimate things. Bread. Yogurt. Antibiotics. It is probably only a matter of time before researchers make animate matter from inanimate stuff- life in a test-tube (but then, since researchers were involved, you can say this is also life making life). And we have made some rather remarkable life simulations in computers. But none of this answers the question.

Life makes life, that's part of its definition. But what is it? The biologist Lynn Margulis with her son Dorian Sagan tried to answer the question in their book What Is Life? They give a terrific scientific accounting of what we know, but when it comes down to answering the readers question they are reduced to such definitions as: "a material process, sifting and surfing over matter like a strange, slow wave"; "the watery, membrane-bound encapsulation of spacetime"; "a planetary exuberance"; "existence's celebration." None of which get us any closer to the heart of the mystery.

Biologists have long ago given up the idea of a "vital spirit" or "spark of life," which really added no more to our understanding than the gushy exuberances of Margulis and Sagan. We have every reason to believe that "the spark of life" is matter and energy- in effect, a self-perpetuating, self-catalyzing chemical reaction. But we don't know how the reaction got started and why it sustains itself as it does.

This we do know: It is going on in every one of the trillions of cells of my body even as I write - each cell a ceaseless hive of activity, each cell a tiny crucible containing a smidgen of that ongoing chemical reaction that has animated the surface of the planet for four billion years, and maybe animates the universe."
- http://blog.sciencemusings.com/
Posted by CoyotePrime at 5:01 PM