Chet Raymo, “The Wild Silence And The Wild Dark” 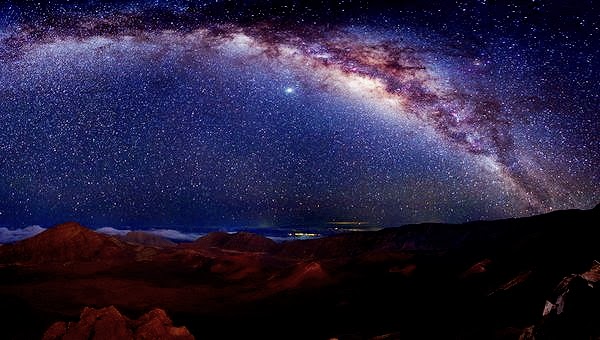 “The Wild Silence And The Wild Dark”
by Chet Raymo

"It is probably obvious by now that I have been reading Yeats. So let me share one more poem, "He Wishes for the Cloths of Heaven":

“Had I the heavens' embroidered cloths,
Enwrought with golden and silver light,
The blue and the dim and the dark cloths
Of night and light and the half-light,
I would spread the cloths under your feet:
But I, being poor, have only my dreams;
I have spread my dreams under your feet;
Tread softly because you tread on my dreams.”

There is a wonderfully sexy scene in “Frankie Starlight” where Anne Parillaud reads this poem to Matt Dillion while sprawled on a bed, with that lovely French accent. Although the poetry of Yeats figures in “The Dork of Cork”, the novel on which the film is based, this poem is not there. Once, when I was passing through an airport with the film's producer Noel Pearson, talking about the script, he suddenly darted into a book stall and came back with a tiny souvenir volume of Yeats which held the poem. His instinct was unerring; it went into the script. A beautiful little poem, sentimental, yes, but perfect for my Bernadette.

The poem is from Yeats' collection “The Wind among the Reeds”, which recalls the biblical reed shaken by the wind and anticipates Kenneth Grahame's “The Wind in the Willows”. And asks the question I posed on the penultimate page of “The Soul of the Night”: “There is a tendency for us to flee from the wild silence and the wild dark, to pack up our gods and hunker down behind city walls, to turn the gods into idols, to kowtow before them and approach their precincts only in the official robes of office. And when we are in the temples, then who will hear the voice crying in the wilderness? Who will hear the reed shaken by the wind? Who will watch the Galaxy rise above the eastern hedge and see a river infinitely deep and crystal clear, a river flowing from the spring that is Creation to the ocean that is Time?”

So read, Anne Parillaud, those soft, sweet syllables, spread your dark cloths, show us that the world unfiltered by rite and ritual, priests and shamans, is wild, and dark, and sexy. Listen. Listen! In the dark and the dim and the half-light for the sound of the wind in the reeds, the wild, wild wind of creation that is the only revelation.”
- http://blog.sciencemusings.com/
Posted by CoyotePrime at 6:23 PM