"How to Drain Wealth and Liberty" 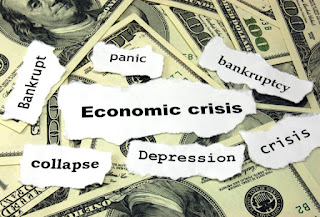 "How to Drain Wealth and Liberty"
by Bill Bonner

‘How about your man, Trump?’ was the conversation starter at last night’s cocktail party. We heard a version of that question at practically every social event this summer here in France. It is an invitation to make a comparison: US President Trump, impetuous, moronic, and demagogic, versus French President Macron, the careful, civilized technocrat. But this time we were ready. ‘Ha… What about your man, Macron?’ we shot back. ‘He’s just as big a jackass.’ If there was any doubt, it was erased yesterday.

Swamp creature: Both men are relatively new to politics. Both led surprise assaults on establishment candidates. (Macron even started a new party.) Both won. But they are very different men. Donald Trump is all action and reaction…us versus them. He struts upon the world stage…the cock of the walk…ignorant and spoiling for a fight.

Emmanuel Macron is slicker. Smarter. Younger. Better looking. But probably just as malevolent. He is a Swamp Creature - a former investment banker and now card-carrying central planner who will make life richer for a few insiders and tougher for everyone else. Macron’s speech yesterday about his vision for the European Union (EU) at the Sorbonne University in Paris spelled it out. He wants to give more power to super-state apparatchiks and their cronies, creating a bigger, more unified EU government.

Ultimately, Trump and Macron want the same thing: more power and more admiration. And we know now - because we’ve connected the dots - that the more power politicians and their crony friends get, the less wealth and liberty is left for us.

The Diary credo: There are only two ways of getting what you want - win-win or win-lose. Win-win deals generate wealth. Win-lose deals redistribute and destroy it. Politics only does win-lose deals. The more politics you have…the worse off you are.

There…now that’s settled…let’s open our eyes to what is going on around us.

Boar hunt: The trucks started coming about 7:30am. When there were about 20 of them, we went out to have a look. ‘Oh…we’re doing a hunt today,’ explained the organizer. ‘We’re actually hunting on the neighboring farm, but we can’t control where the pigs will go. They may come over here.’ The ‘pigs’ are wild boar.

The hunters parked their cars and trucks along the little road in front of our house. Two of the trucks carried kennels of hunting dogs, already yelping with excitement. We made our way through the group of 30 or so…all dressed in dark green and rubber boots. We said hello in the French fashion, shaking each hand, one by one. Suddenly, as we bent to take a hand, one of the hunters startled us by giving us a kiss on the cheek. Dressed like the others and with short, cropped hair, we had barely noticed: She was a woman. ‘More and more women are hunting,’ the head man explained. ‘A few years ago, women weren’t allowed to join a hunt like this. It was just not done. But everything is changing…’

Tragic accident: Among the armed men and women was our old friend Alain. A dignified man of about 75, Alain lost one of his sons over the summer. The young man died in a traffic accident. ‘We’re so sorry…’ we began. Alain got a tear in his eye. We thought it might be better to continue the conversation later. ‘We’ll come over to see you. How about tomorrow?’ ‘Yes…’ he said, still choking slightly.

‘Poor Alain,’ a neighbor whispered later. ‘It was not his first child to die. Years ago, a daughter was killed when she was struck by a farm tractor. She was only three years old. Alain was driving the tractor. He never forgave himself. And now this… Poor Alain.’ ‘Yes…he goes to the cemetery every day,’ added another whisperer.

Then the organizer called everyone to attention. ‘Look, there aren’t quite enough of us. So, we have to be careful. We’re going to divide into teams. Each team will take one side of the farm, either along the public road or one of the farm roads. Pay close attention to your angle of fire. We don’t want any accidents.’ After a few minutes of organizing, the group of hunters moved out, each to his position around the farm. Then the dogs would be unleashed and sent into the woods. They would drive the boars out, whereupon the hunters would shoot them as they tried to make their escape. As we write…we have still heard no shots fired.

Love and marriage: Meanwhile, back on the World Wide Web comes news that the US economy is not the only thing being undermined by the feds’ win-lose deals. So is the oldest win-win deal on the planet: the family. ‘The only really happy folk are married women and single men,’ said Baltimore newspaperman HL Mencken. If that is true, happiness among the male part of the population is in a major bull market.

Wait… You’re probably thinking: He’s not really going to blame the collapse of marriage rates on fake money and the feds, is he? You bet he is… Stay tuned."
- https://www.marketsandmoney.com.au/
Posted by CoyotePrime at 1:44 AM