"Why Donald Trump Is President" 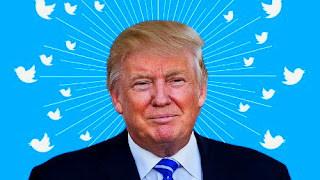 "Why Donald Trump Is President"
by Bill Bonner

"Autumn has come. And come hard. It is rainy and chilly. No more coffee in the morning sun. No more dinners on warm evenings out on the porch. For the next three months, there will be more night than day, more darkness than light, more failure, we predict, than success. Yesterday, we let out the two kittens we took with us from our recent stay on Île d’Yeu. This morning, only one showed up for breakfast. And today, with this gloomy background, we dig deeper into what a dear reader called the ‘Bonner Doctrine’.

Big, fat flop: Last week, we looked at the basic financial elements, which can be summed up as follows:

Real prosperity requires real work and real resources, not phony tricks and fake money. We still earn our bread from ‘the sweat of thy face’. The rest is detail.

As you know, the 21st century has been a big, fat flop. After rising by about 2% a year in the three decades up to the mid-1980s, real incomes stopped growing at all. After you factor for inflation, the average American earns scarcely a penny more than he did in 1999. And many men - especially in ‘flyover country’ - earn much less.

Why? Look to thy face: There are only so many hours and only so many resources available. Waste them, and you’ll grow poorer. Government regulation, welfare, Medicaid, military spending, war, time spent on Twitter and Facebook, opioid use - all are up dramatically.

Meanwhile, saving, capital investment, hours worked, new businesses started - all have fallen sharply. The personal savings rate is only half what it was in the 1960s, 1970s, and 1980s. Net investment in capital - money spent on expanding businesses and growing productivity - is one-third lower than its average over the past century.

Instead of putting more capital into the capitalist system, Wall Street suits used the Fed’s cheap money to take it out. Since the beginning of the century, about $4 trillion worth of shares has been removed from the stock market. Companies borrowed to buy back shares and cancel them or to finance leveraged buyouts (LBOs), mergers, special dividends, and so forth. Corporate insiders and shareholders got bonuses, fees, capital gains, and dividends. The company - see Toys ‘R’ Us - was left holding the bag, with its capital impaired by debt.

Punky growth: In 1950, nine out of 10 working-age American men had jobs. Today, only seven out of 10 do. By our estimate, that’s about 15 million adult men who are diddling around on the internet rather than adding to wealth. But wait… It gets worse. The composition of the workforce changed, too. Breadwinner jobs declined; part-time jobs in the low-paid service sector - waiters, bartenders, auto washers, etc. - increased. Even in the thriving tech sector, so far this century, the number of full-time jobs has fallen 25%. Meanwhile, the nation added four million barkeeps and other part-timers.

With so much money and time taken out of the capitalist economy, is it really any wonder that real economic growth has been so punky? GDP figures show growth of about half the rate of the 1960s, 1970s, and 1980s. But those figures are distorted by the feds. Look instead at unadulterated sales figures. There, you see the real story: Since the beginning of the 21st century, growth in real sales has been running at about only one-third the rate of the previous century.

That is the big picture, as we see it. The feds - with their fake money, phony interest rates, wanton borrowing, imbecile boondoggles, and dumb meddling - have hobbled the economy. It can’t soar. It can’t fly. It can barely even walk!

Mass diversion: That brings us to politics… If politics is to blame for this morass, we need to take a closer look. Perhaps a reformer could make a change?

Let’s try to formulate another ‘doctrine’.

1. Wealth is created by voluntary win-win transactions.
2. But the government is armed. It insists on involuntary, win-lose deals.
3. All governments, no matter what you call them, are dominated by insiders. The few exploit the many, finding ways to make win-lose deals work for them at the expense of everyone else.
4. Over time, the power and wealth of the insiders (aka the Deep State) grow relative to the rest of the society.
5. More and more win-lose deals mean fewer win-win deals. (Time and resources are limited.)
6. Because the power and wealth of the Deep State depend on these win-lose deals, and because the government is controlled by these insiders, reform is very difficult.

People grumble. But few understand what is going on. Instead, they are easily distracted by debates over monuments, kneeling athletes, red versus blue, celebrity newscasters, and so on. And that’s why Mr Donald J Trump is the president. For this system to continue, someone needs to divert the masses with petty squabbles, while the insiders pick their pockets.”
- https://www.marketsandmoney.com.au/
Posted by CoyotePrime at 1:23 PM