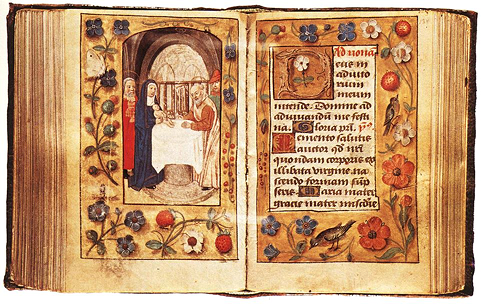 “The Mysterious Play of Forces”
by Chet Raymo

“I have often quoted here the poet Rainer Maria Rilke, mostly from the “Duino Elegies” or “The Sonnets of Orpheus.” We now have a new translation of Rilke's earlier “The Book of Hours”, by Susan Ranson, which I have been reading, and I offer a short poem from the “First Book: The Book of Monkish Life.”

"I find your trace in all these things, in all
that like a brother I am careful for;
you sun yourself, a seed, within the small
and in the great give yourself the more.

This the mysterious play of forces, then,
that serve in things, over and under ground:
that rise in roots, narrow into the stem,
and in the crown like resurrection stand."

The poems of “The Book of Hours”, written when Rilke was in his mid-twenties, are as the title suggests addressed to God, but his is a strange and unfamiliar sort of deity. Not quite the transcendent God of the theist, who lives outside of the creation. Nor is he quite the immanent God of the pantheist who is manifest in all things. Rather, Rilke's God is concealed within the creation, within the poems even. The point of the poems, says Ben Hutchinson in an Introduction to Ranson's translations, is to create a "lattice-work" of rhymes and rythms through which the poet encourages God to grow. Rilke's God resides in the interstices of things. The poet- the poem- is "your pitcher," writes Rilke, addressing God. If the pitcher shatters that which might quench the thirst is dispersed.

A curious God, this God of Rilke. I'm not sure if there is a name for his sort of religion. In a sense, it is an egotistical theology, making God's existence dependent upon the poet's apprehension. But it is also an enobling sort of theology, emphasizing our responsibility to nurture divinity- to divinize the world.

Anyway, the little poem above strikes me as an appropriate meditation for a religious naturalist. On these occasions, we praise the things- call them divine if you wish- "that rise in roots, narrow into the stem, and in the crown like resurrection stand."
- http://blog.sciencemusings.com/
Posted by CoyotePrime at 8:28 PM