"Is Virtual Collective Consciousness the Future?" 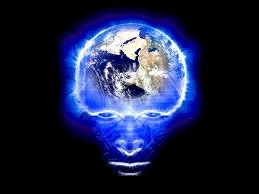 "Is Virtual Collective Consciousness the Future?"
by Yousri Marzouki

"Britlin Losee was a breakthrough for Whitacre's musical creative mind, not only through her dazzling admiration to the artist but most important through her deeply intimate and spontaneous endeavor. Her sensational YouTube video message is a load of emotional cues. This young girl inspired what is now referred to as Eric Whitacre's virtual choir. The hundreds of vocalists who responded to Whitacre's online appeal had to follow his "silent" directing gestures and provide their own tinge to the performance. Thus, the psychological phenomena underlying such amazing virtual collective action are worthy to be addressed. I hypothesized the following: in order to achieve this kind of performance, the vocalists must call upon something called by psychologists: the affective theory of mind (AToM). I have tried to provide in this article a brief psychological account of the virtual choir phenomenon through the lens of this recent concept.

The affective theory of mind in a nutshell: Imagine that you just started a serious conversation about a serious matter with a friend and 30 seconds later this friend looked at her/his watch without saying anything at all. At that particular moment, you'll find it really hard to not feel yourself boring, or to resist the temptation of changing the subject. These nonverbal cues helped you figure out others' perspectives regardless of any explicit discourse that can occur between you and other people. This capacity to infer others' intentions, desires, beliefs and many cognitive states of mind is called the theory of mind. The latter aims to anticipate (re)actions and to pull off a meaning from what appears to be a behavioral randomness in our environment. When it comes to the affect, this theory of mind becomes the AToM and will summon beyond cognitive mechanisms other psychological entity such as empathy.

In his book "Rediscovering Empathy", Stueber (2006) distinguished two basic forms of empathy: basic vs. reenactive empathy. The first corresponds to an inherent imitation mechanism that makes us spontaneously recognize the others as minded creatures and, for that matter, being similar to us. The second, which is way more effortful than the first, involves the use of our conscious cognitive capacities to imitate others' thoughts because we already know that they are able to think like us. Unlike basic empathy, reenactive empathy has an epistemic role as long as it allows us to acquire knowledge about other people. Many neuroscientists consider the mirror neuron system- that is active both when one person executes an action or observes this same action performed by another person- as the neural correlates of empathy.

Seen from this perspective, we can assume that Eric Whitacre solicited the individual reenactive empathy of each virtual vocalist. However, the resulting collective performance is what makes Whitacre's virtual choir another interesting example of a virtual collective behavior. Indeed, I have suggested with Oullier in a previous article a general framework that we called the Virtual Collective Consciousness (VCC) as an attempt to describe such online collective actions. Drafted on the Durkheimian idea of collective consciousness, the VCC refers to ideals and attitudes shared by various individuals belonging to the same cyberspace. Before reaching a momentum of complexity, each collective behavior starts by a spark that triggers a chain of events leading to a crystallized stance of a tremendous amount of interactions otherwise called an emergent global pattern. This spark was without a doubt Britlin Losee's video that stimulated Whitacre's reenactive empathy, then the artist did about the same with each virtual vocalist until the final cut of the choir revealed an amazing collective summation of all these individual empathies.

In one of his many interviews about the virtual choir, Eric Whitacre (2010) said: "It was all about connecting and about somehow connecting with all these people all over the world and these individuals alone together". In saying that, Whitacre as a visionary artist, joins the ideas of Watts (2007), a visionary social scientist who mentioned that: "Social phenomena involve the interactions of large (but still finite) numbers of heterogeneous entities, the behaviours of which unfold over time and manifest themselves on multiple scales." In fact, the big changes caused by the Web 2.0 mass communication tools were very successful in fostering new perceptions and promoting new standards of collective consciousness about our world. In this regard, the virtual choir can be remembered as a genuine example of a virtual collective empathy. It looks like we are witnessing a paradigm shift from the old Shakespearian credo about existence to an updated one that fits the bill for today's societies. This new credo can be simply stated as follows: "connected or not connected, that is the question."
- http://www.huffingtonpost.com/

Watch the TEDTalk that inspired this post.
Posted by CoyotePrime at 1:41 AM