"The Status Quo Has Been a Haven for Predators” 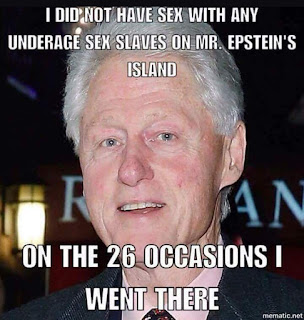 "Over the past few weeks scores of people in the highest positions have been exposed as sexual predators, and that’s not likely to be the end of it. Most of their victims remained silent for years, largely because they thought that:


•people wouldn’t believe them, or
•the status quo (people with power using media and law) would destroy them.

And the victims were right. People didn’t want to hear their stories, and the system very likely would have ruined them. If the enforced silence is cracking (as it seems to be), we should be grateful, but we should also take a step back and make some sense of it all. Outrage is a fully appropriate response to such crimes, but its useful life is short. Remaining outraged is a prescription for poor understanding and ineffective response. We need to see the situation clearly before we respond. So, let’s try to do that.

What We Know: I’ll start with a depersonalized list of what we’ve learned so far. I’m not removing names to protect the predators, but because names bring us right back to outrage, and outrage isn’t useful when reasoning. So, take a deep breath and read this list, considering what it says about the power structures we’ve been living with:

•Over the past 20 years, the US Congress has quietly paid $17 million to 264 victims for a variety of abuses, including sexual abuse. And this through a program that is deeply abusive by itself.
•A US senator has not only abused a growing list of women, but was degenerate and arrogant enough to pose for a photo while proudly groping a woman’s breasts. And at least six other major politicians (including two former presidents) join him on the list.
•A major movie producer with deep political connections has been exposed as a serial sexual abuser on a grand scale.
•At least 20 actors, directors, comedians, TV stars, and other Hollywood figures have been exposed as sexual abusers.
•A household name media figure has been exposed by at least eight women as a long-time sexual abuser.
•A dozen major figures in publishing and media have been exposed as sexual predators, including the senior White House reporter for a top US newspaper.
•A number of major corporate leaders have been forced to step down over sexual abuse allegations.
•The Pentagon’s own survey showed 26,000 cases of sexual assault among their ranks in 2012. Punishments were very few.
•A cabinet-level official has gone public about a US president and his coterie, saying that they “doubled down on not only bad behavior but abusive behavior. And then people attacked the victims.”

Now let’s stop and consider what this means. This list is sordid, long, and certainly far from complete. And bear in mind that in many of these cases there were other people who saw it happening. These people were either complicit or, like the victims, afraid of the status quo. This being so, I see no way around this conclusion: The most powerful institutions in the West have been havens for predators.

Consider for a moment the state of the American legal system. If you look into these cases you see predators using the legal system as a bludgeon to silence their victims… and it worked! The US legal system has protected sexual predators and not just occasionally; it protected them almost perfectly and over many years. It think that’s worthy of some consideration. Something is very, very wrong.

The Depth of the Problem: Something produced this; there was an infrastructure that supported it. Sexual predators have always existed, but in times past they were careful to limit their crimes. Over recent years they haven’t much bothered.

And, we must admit, they had every reason to believe they were protected. Consider Bill Clinton, certainly a serial abuser and almost certainly a rapist. Not only was he president of the United States for two terms, but he was protected the whole time, even by the most prominent “feminists.” And then, once out of office, it became publicly known that he had flown 26 times on “The Lolita Express,” the private jet of a convicted sexual predator. And still nothing happened.

Consider Jimmy Savile, who abused some 450 children over 50 years, all the while remaining a “beloved figure” in British media and especially at the vaunted BBC. He was knighted. When he finally died he was given a hero’s funeral.

If you were a predator who could afford lawyers, what would you think? You’d think you were immune of course. And you would not have been wrong.

What Now? Given everything we now know, our first and primary job is simply to face it: The status quo – government, Hollywood, media, law, the military, big corporate, and more – has protected sexual predators – knowingly protected them – over a considerable period of years. This cracks the world view of many decent people, I know, but reality matters. And this is, very clearly, the state of things in the West.

I have thoughts on what we should do next and others have theirs, but at this point we should simply encourage people to digest what they’ve learned. Whatever steps they take should come after they’ve accepted the essential rottenness of the status quo. So, tell the truth in love, but tell it."
- www.freemansperspective.com 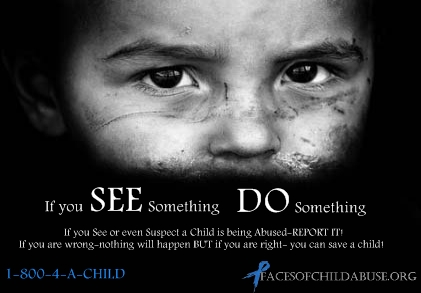