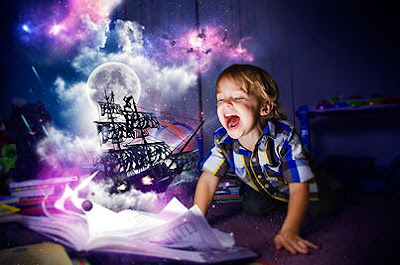 "Imagination Land"
by The Zman

"All of us live in a silo of our own making to some degree. We read news sites we like and we like them because they tend to cover the stuff we think is important, in a way we hope is accurate. We admire opinions with which we agree. We hang out with people who share our interests. That’s normal. It’s also normal to know it and know others have different opinions and interests. Most normie conservatives get that Fox News is biased toward the Republicans, but they know all of the other stations are heavily biased to the Democrats.

This self-awareness has never applied to the Left. Every normal person has had a conversation with a Progressive friend where they claim the news is biased against them or is too easy on some conservative they currently hate. They will argue that Fox News is poisoning the minds of the public. When you point out that 90% of the mass media is run by hard left true believers, they scoff and say you’re nuts. The hive mind of Progressives has always allowed them to pretend they are surrounded by a sea of their enemies.

One point made by some on the Dissident Right is that this blinkered view of the world has infected the so-called conservatives. They are blind to the intellectual revolution going on over here, because they stare at Lefty all day. Like people looking directly into the sun, they are blind to everything else. As a result, the legacy conservatives carry on like it is 1984 and Dutch Reagan is riding high. Much of what so-called conservatism is these days is just a weird nostalgia trip, celebrating a fictional past with no connection to the present.

There are many reasons why so-called conservatives are becoming irrelevant, but the main reason is that their good friends on the Left are racing off into a fantasy land of their own creation. Listen to a modern Progressive talk and it is a weird combination of echolalic babbling and paranoia about dark forces that are imaginary. Replace “Russian hacking” with “work of the devil” and their howling makes more sense. Things like “foreign meddling” and “institutional racism” are just stand-ins for Old Scratch.

This increasingly weird disconnect between the Left and this place we call earth shows up in their main propaganda organs. Those old enough to remember reading English versions of communist newspapers can recognize the unintended humor on the front pages of the New York Times and Washington Post. This front page item from last week is a good example. Everything in that “news” story describes a world that only exists in the fevered imaginations of the Left. It was a fictional account of present reality written for believers.

This Andrew Sullivan piece bumps up against this reality a little bit, but from a different angle. His argument is that the fantasy land of academia is casting a long shadow over American society, so it is imperative that the college campus be reformed to look something like reality. His framing of things is mostly wrong because he is just a slightly less berserk member of the hive he is trying analyze. His description of the dynamic on campus, though, is correct. It is a world untethered from reality.

The fact is, the college campus is the apotheosis of Progressive spiritualism. It has been dominated by the Left for as long as anyone has been a live. The constant flow of credit money into American higher education has removed all restraints on the people in charge. They are free to indulge whatever fantasies they have at the moment, as no one ever gets fired and the money spigot stays open. As a result, the American college campus is the full flowering of the Progressive imagination. It’s Wakanda for cat ladies.

This lurch into madness is the result of plenty. Up until recent, the threat of nuclear annihilation and the lack of universal prosperity has reined in the excesses of the Left. In order to win elections, Progressive politicians had to focus on better economics and expanding opportunity. Of course, the Cold War kept everyone focused on practical reality, as a mistake could have set off a nuclear exchange. That’s no longer the case as prosperity is near universal, in human terms, and there are no looming threats.

Progressivism has always been a spiritual movement. It is the quest for cosmic justice based on the notion that we are only as good as the weakest among us. That is a fine and noble sentiment, as long as it remains a sentiment. The reality of scarcity has always kept this spiritualism in check. As we enter into what appears to be a post-scarcity world, Progressives are free to explore the far reaches of their mysticism. The result is a ruling class that is looking more like eastern mystics, than pragmatic rulers.

It is why civic nationalism is a dead end street. You see it in the Andrew Sullivan piece about the campus culture. What he is arguing in favor of is the same things we hear from civic nationalists. They all agree with Progressives that we need a unifying religion. They just want a debate about the contours and end points of the religion. The fact that no one has ever pulled this off without ushering in a bloodbath never gets mentioned, Instead, all of these folks prefer to frolic in imagination land, where all their dreams come true.”
- https://www.theburningplatform.com/
◆ 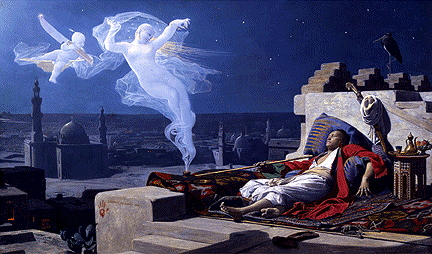 “Father, O father! what do we here
In this land of unbelief and fear?
The Land of Dreams is better far,
Above the light of the morning star.”
- William Blake, “The Land of Dreams”
Posted by CoyotePrime at 12:46 PM

Email ThisBlogThis!Share to TwitterShare to FacebookShare to Pinterest
Labels: The Zman, william blake