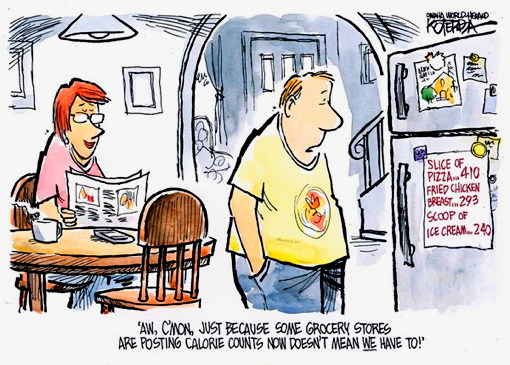 "The Wall Street Journal article made me both hungry and wistful. According to The Journal, Aunt Jemima pancake mix, Campbell’s Soup, Kellogg’s cereals and many other “big-food” staples of the ’70s are in trouble. “High-end consumers are shifting toward fresher items with fewer processed ingredients, while cost-conscious shoppers are buying inexpensive store brands,” reports The Journal.

Processed foods were all the rage in the ’70s. With big families to feed in a down economy, parents were looking for what they thought was “safe, affordable and convenient food.” It was the golden era of Hamburger Helper, which originated in 1971. Hamburger Helper included dried pasta and powdered, seasoned sauce to add to browned hamburger – a tasty meal that even my father could make.

Truth be told, my parents didn’t often purchase name-brand foods. They spent our limited budget on fresh fruit and produce – which my sisters and I viewed as a disappointment. That’s because the ’70s was also the golden era of television advertising. The big-food makers exploited color TV’s power to make us crave their products. I’m 55 and I still have “Big Mac Attacks.” I wake sweating, convinced that the Hamburglar made off with my meal. I have Big Mac Attacks because our parents never took us to McDonald’s.

No, my parents bought Cellone’s Italian bread, good stuff still. However, Cellone’s, combined with bologna, a processed food they did buy, made lunchtime unpleasant. I don’t know how my mother did it, but every single day, she assembled my sandwich with two end pieces of bread, which were glued together by a hunk of bologna and a dollop of warm mayonnaise. It was wrapped in wax paper (no name-brand sandwich wraps for the Purcell clan).

Every day, I sat next to Jimmy Schmidt. His lunch included peanut butter and jelly on fresh Wonder Bread, a can of Coke, Ho Hos and a Nestle Crunch bar. Every day, I asked Jimmy if he wanted to trade. Every day, he looked at me like I had rocks in my head.

The only other processed food we consumed was Velveeta. Note to people under 30: Velveeta is one of the tastiest gastronomic inventions of the past two centuries – even though it’s not really cheese. Every Friday night, my mother made tuna melts with the stuff. I could have eaten a million of those sandwiches. Good thing, too – I needed the calories then. Because every Saturday night, my father made greasy, burnt hamburgers in a cast-iron skillet. And the only member of our family able to digest them was our dog, Jingles, to whom we slipped them when our father wasn’t looking.

It’s a good thing that more people are aware of the ingredients in the food we eat – that fewer are consuming the processed-food staples of my youth – but, as I said, my family never consumed most of them, anyhow. Much like humorist Calvin Trillin, my mother made leftovers for dinner ALMOST EVERY NIGHT for 30 years. Like Trillin, we sent a crew of anthropologists into her kitchen, but they were unable to find the original meal.”
- https://www.cagle.com/
Posted by CoyotePrime at 1:53 PM