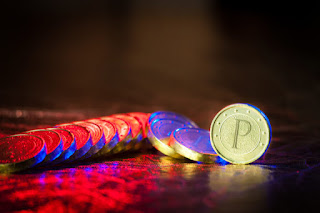 From south of the border, we get a peek into ‘how to make a bad situation worse’. ‘Venezuela Launches Its Own Cryptocurrency,’ reports The Wall Street Journal. ‘The cash-strapped nation - which is experiencing hyperinflation, an increasingly worthless physical currency, and widespread food and medicine shortages - took the first step in its plan to raise billions of dollars by launching a presale of the digital currency, named the Petro… An initial coin offering is expected in March.’

Not interested in the world’s funniest money, issued by a desperate nation run by an incompetent crackpot? Oh, Dear Reader, where’s your sense of adventure?

Self-destructing debt? Venezuela lurches from one absurdity to the next. It owes money all over town. It can’t pay. Its creditors have cut it off. Who wants to lend to a country with a 5,500% annual rate of inflation? Who wants a currency of no value, backed by the full faith and credit of a ‘sh*thole’ country? The story is complicated by US financial sanctions, dollar-denominated debt, anaemic oil prices…and many other things.

But the basic plot is simple: Venezuela spent too much. It borrowed too much. Now, it is broke. It can’t even keep up appearances. But from a dear reader comes a puzzling message: ‘You are wasting your time worrying about the debt, as it will never be repaid and will self-destruct. You know that Congress will never run balanced budgets, so why not live up to reality, as most people probably do not care about the budget - they just want freebies. I read your writings, but sincerely do not like your writings.’

We suspect the writer is right about one thing: Most people don’t care about deficits.

Sans souci: The feds just agreed to add $15 trillion of debt to the federal burden over the next 10 years. This will bring the total debt to about $35 trillion. You’d expect there would be some hue and cry from taxpayers, whose sons, daughters, and grandchildren will have to tote the load.

You’d expect that ‘conservatives’ - the Tea Party movement in particular - would be up in arms. They are supposed to be the voice of moderation…of restraint…of limits on what the federal government should try to do…and of realism about what it can afford to do. If they don’t stand for that, what do they stand for?

But our reader has judged the political climate correctly. There has been no outrage; as for the deficits, the public and its leaders are of one mind - sans souci. What he is surely wrong about, though, is that the resulting debt will ‘self-destruct’.

Debt monster: As far as we know, no debt has ever disappeared, gone away, or left home leaving no forwarding address. Instead, they all are paid. If not by the debtor, then by the creditor. If by no one, then by all. Debt is not nothing. If you lend a dollar, you still have the dollar as a credit. The other party has it as a debt. If he doesn’t pay, the debt may vanish, but so does your credit. The money was not a fiction or a fantasy. It was real.

We’re not arguing that the federal debt will be repaid; it won’t be. We maintain only that there will be great disappointment when it is not. And it is not just the federal debt that is a problem… By feeding fake money into the system (pretending it represents real savings)…and lending it out at fake interest rates (pretending that PhDs in economics know better than the market about where rates should be)…the feds created a debt monster. It is big. It is real. And it’s coming to eat the US economy.

Out of style: And what makes this especially lethal is that most people have no idea it’s coming. With little in real savings, they are unprepared for the calamity ahead. Former Republican vice president, Dick Cheney, famously said that 'deficits don’t matter’. Now, a Republican president - and a Republican Congress - make it clear: They don’t think deficits matter, either. And for nearly two generations, ever since the fake money was first introduced in 1971, they’ve apparently been right.

Total debt expanded three times as fast as GDP, and nothing bad has happened. At least, nothing that couldn’t be fixed by more debt! And so, the sum also rises…and rises…and rises.

When Ronald Reagan arrived in Washington, the federal government owed less than $1 trillion. Now, it owes 20 times as much. During that time, GDP has only gone up by seven times. Businesses and households have followed suit - all increasing debt loads to the point where the traditional balance between debt and income - 1.5 to 1 - is as out-of-style as a mullet.

Overall, with $67 trillion of debt and only $19 trillion of GDP, the ratio for the entire nation is now is at 3.5. For the federal government alone, it is 5.5 (federal debt/tax revenues). But wait. The feds can’t go broke. A country that issues its own currency can always create more to pay its debts.

Maybe they really can make the debt self-destruct; can’t they? Yes, but for a quick look at how that turns out, make a visit to Venezuela. We hear the hotels are offering some big discounts…if you pay in dollars.”
- https://www.marketsandmoney.com.au/
Posted by CoyotePrime at 4:39 AM