"All Hail the Techs” 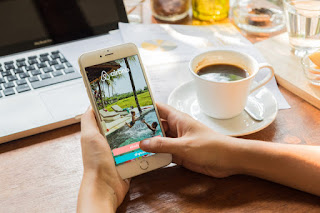 "All Hail the Techs”
by Bill Bonner

"All hail the techs! The stock market bounced back with a big gain yesterday. The buy-the-dippers gained a couple of points. The future can wait; the big crash is still ahead.

Authority of total ignorance: Meanwhile, Bloomberg reports that Facebook is struggling: ‘Facebook Inc. is heading toward its worst month since May 2013 after an analyst report warned of a temporary pullback in advertising and the FTC confirmed it’s investigating the social network’s privacy practices. The stock fell 1.4 percent to $157.14 at 2:35 p.m. Monday in New York, bucking the broader positive direction of the markets. Earlier, the shares fell as much as 6.5 percent, erasing about $100 billion in market value in the past 10 days.’

What is the real value of Facebook? Snapchat? Twitter? We have never used any of them. And we don’t watch TV. So we speak with an authority appropriate to the media - that is, in total ignorance. But we can’t help but notice: Every morning, there are a few young people outside our office here at the ranch using our internet connection to keep up with friends. Here, they use WhatsApp…

What is the real value of these things? More people spend more time communicating via these ‘social medias’ and other electronic means than ever before. Some young people seem to spend all day on them. What do they have to say to one another? What is so important on the tiny screens that they neglect the real panorama of life around them?

The tech revolution: The combined value of America’s five leading tech companies is about $3.6 trillion. That’s a lot of money… But where is it? We do not presume to question the desires and judgment of our fellow human beings. Things are only given value by us…by our choices as to how we spend our time and money. But Facebook and the other electronic medias have absorbed huge amounts of both time and money.

Are they worth it? We have already seen that the tech revolution driven by the internet did not have the economic benefits that were promised. Growth rates did not go up; they went down. We are not infinitely richer. By many measures, we are poorer.

What, then, has the tech revolution wrought? After taking up such vast amounts of real savings…and fake savings (money created by the Fed)…and about 500 billion manhours annually (our estimate)…just what do we get for all that?

Looking more closely at Facebook, and the social media space in general, we can see one mechanism by which investors’ money has been poured down a rathole. Venture capital and private equity money has been used to attract users of social media, but those users have a very high cost of acquisition and generate nothing like the returns necessary to compensate for the cost of acquiring them.’

Bread and circuses: But the real returns from this technology could be worse than the numbers tell us. Yesterday, Elizabeth went to visit some of the people who live on the ranch. They live in a mud house with dirt floors and a mud roof. Water comes from an outdoor spigot. They cook over an open fire; smoke fills the room. ‘I talked to Fermina,’ Elizabeth explained. ‘But the children were watching TV. Fermina called them out to say hello, and they came out…but they rushed back in. They didn’t want to miss anything.’

The two big achievements of government in this remote valley were to bring in the last two things people need: welfare and TV. The welfare payments encourage them to not do anything; TV gives them a way to fill the time while they’re not doing it.

Back to the U.S.: Over the last 30 years, the Fed has provided the free money. Trillions of it…and ultra-low interest rates to make it easy to get. Consumer debt, corporate debt, government debt - all are at record highs, with a grand total of $230 trillion of debt worldwide.

While the Fed provided the bread, Facebook, Twitter, Netflix, and scores of others provided the circuses. For the last 20 years, these companies have packed the colosseum with games…idle gossip…and other time wasters… People send photos of their cats and descriptions of their dinners. They watch Stormy Daniels’ flicks in the privacy of their homes. They wait to hear what POTUS says next.

Financed by the Fed’s cheap money, these companies now control our most valuable asset - our attention. Our heads all bow down to the portable, all-purpose telephone. (Often, in an elevator, no one will look up.) Its GPS tells us where to go. Its news and opinions (filtered to avoid ‘fake’ news) tell us what to think. Its social media give us a substitute for a real life.