Chet Raymo, “The Mystery of Life? I Don't Know” 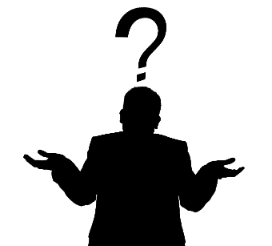 “The Mystery of Life? I Don't Know”
by Chet Raymo

“Albert Einstein said, "Theories should be as simple as possible, but no simpler." At first glance, this may sound like a Zen koan, or a paradox. In fact, it is a profound statement that says more than volumes of philosophy. But first, a bit of background.

From the dawn of time, people have resisted saying "I don't know." They looked instead for explanations in tribal tradition, sacred books, or the supposed wisdom of shamans, priests and prophets. The most common cover-up for ignorance is to invoke divinity. A storm that devastates a village is "an act of God." A child taken by disease at a young age is divine punishment for a parent's sin. And so on.

Superstitions too have their origin as a cover for ignorance. I lost my wallet because a black cat crossed my path. My lover left me because Venus was in the wrong house of the zodiac. I won at the roulette table because I was holding my lucky rabbit's foot. In every case a reluctance to say, "I don't know." No admission that the cause of an event might be unknown or unknowable. Traditionally, people have divided explanations into true and false. In general, truth is what we believe. Falsehood is what everyone else believes, if different. Einstein's remark suggests another attitude towards knowledge.

On the one hand, we have reliable theories, characterized by the simplicity with which they explain experience. Not absolute truths, but provisional truths that work well for the time being and are open to revision. For example, Newton's theory of gravity qualifies as reliable knowledge because of the way a few simple equations explain everything from the motion of planets, to the fall of an apple, to the flow of the tides. With Newton's equations we can predict the return of a comet- Halley's Comet, say- to the day, hour, second, hundreds of years in advance. That's reliable knowledge.

The theory of evolution by natural selection explains with almost self-evident simplicity the diversity and interrelatedness of life on Earth as revealed in the fossil record and in the genes. That's reliable knowledge. That's knowledge as simple as we can make it. Beyond that, according to Einstein, we must be humble enough to say "I don't know." Those three little words, "I don't know," are completely modern. They are the essence of the scientific way of knowing, and they set the person of scientific temperament apart from every other people who have gone before- and from most people who are alive today.

Beneath reliable knowledge Einstein draws a line. Don't suppose we know what we don't know, he suggests. Don't make up fictions- gods, spirits, superstitions, the influence of the stars, lucky charms- to explain things for which we have as yet no reliable explanation.

As simple as possible, but not simpler. The physician/essayist Lewis Thomas wrote : "The greatest of all the accomplishments of 20th-century science has been the discovery of human ignorance." He was talking about the recognition that there is an entire universe below Einstein's bottom line about which we know nothing, and about which we should be willing to admit that we know nothing.

Those three little words- "I don't know"- are used far too infrequently by teachers, politicians, religious leaders, even philosophers. With the presumption of knowledge where no reliable knowledge exists goes righteousness. Righteousness breeds pogroms, jihads and crusades. Righteousness flies airplanes into skyscrapers and holds children hostage in schools. Righteousness presumes to forcibly impose on others what we think they want or need.

As simple as possible, but no simpler. Ironically, it is when we give up thinking we know it all that we begin to acquire reliable knowledge. When we think we know everything, thinking stops.”
- http://www.sciencemusings.com/
Posted by CoyotePrime at 7:47 PM