Chet Raymo, “The Sound And Fury” 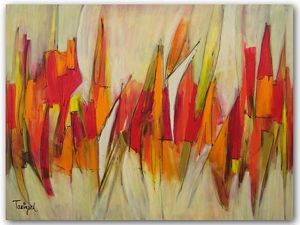 “The Sound And Fury”
by Chet Raymo

“Not so long ago, I mentioned here Himmler and Heydrich, two of Hitler's most terrible henchmen. A friend said to me: "If there's no afterlife, no heaven or hell, then those two diabolical creatures got away with it. Their fate was no different than that of any one of their victims, an innocent child perhaps." And, yes, if there is no God who dispenses final justice, then we are left with an aching feeling of irresolution, of virtue unrewarded, of vice unpunished. Heydrich was gunned down by partisan assassins, and Himmler committed suicide a few hours before his inevitable capture, both fates arguably less tragic than that of their victims. How much more satisfying to think that the two mass murderers will spend an eternity in hell, while their victims find bliss.

It comes down, essentially, to head vs. heart- what we would like to be true with all of our heart, vs. what our head tells us is an unresolvable conundrum. So each of us decides: To follow our hearts and make the blind leap of faith, or to follow our heads and learn to live with the sound and the fury. For those of us who choose the second alternative, the relevant words are that distressing coda, "signifying nothing." Our task is one of signification, of finding a satisfying meaning this side of the grave.

For many of us, that means finding our place in the great cosmic unfolding, and of recognizing that our lives are not inconsequential, that by being here we jigger the trajectory of the universe in some way, no matter how small, and preferably for the good and just. Yes, we make a leap of faith too, I suppose- that love, justice, and creativity are virtues worth living for- but at least it is a leap of faith that is not into the unknown, does not embody logical contradiction, and is consistent with what we know to be true, or at least as true as we can make it.”
- http://blog.sciencemusings.com/
Posted by CoyotePrime at 7:52 PM