Free Download: R.D. Laing, “The Divided Self: An Existential Study in Sanity and Madness” 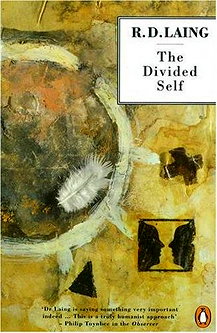 "The Divided Self: An Existential Study in Sanity and Madness"
by R.D. Laing

"Ronald David Laing (7 October 1927 – 23 August 1989), usually cited as R. D. Laing, was a Scottish psychiatrist who wrote extensively on mental illness – in particular, the experience of psychosis. Laing's views on the causes and treatment of serious mental dysfunction, greatly influenced by existential philosophy, ran counter to the psychiatric orthodoxy of the day by taking the expressed feelings of the individual patient or client as valid descriptions of lived experience rather than simply as symptoms of some separate or underlying disorder. Laing was associated with the anti-psychiatry movement, although he rejected the label. Politically, he was regarded as a thinker of the New Left..”
- https://en.wikipedia.org/wiki/R._D._Laing

"First published in 1960, this watershed work aimed to make madness comprehensible, and in doing so revolutionized the way we perceive mental illness. Using case studies of patients he had worked with, psychiatrist R. D. Laing argued that psychosis is not a medical condition but an outcome of the 'divided self', or the tension between the two personas within us: one our authentic, private identity, and the other the false, 'sane' self that we present to the world.”

Freely download “The Divided Self: An Existential Study in Sanity and Madness”,
by R.D. Laing, here:
- https://www.curezone.org/upload/PDF/laing_the_divided_self.pdf
◆
"Insights Of R.D. Laing"
Compiled  by CP

"Decades ago, psychiatrist R.D. Laing developed three rules by which he believed a pathological family (one suffering from abuse, alcoholism, etc.) can keep its pathology hidden from even its own family members. Adherence to these three rules allows perpetrators, victims, and observers to maintain the fantasy that they are all one big, happy family. The rules are: Rule A: Don't talk about the problems and abject conditions; Rule A1: Rule A does not exist; Rule A2: Do not discuss the existence or nonexistence of Rules A, A1, and/or A2."

“From the moment of birth, when the stone-age baby confronts the twentieth-century mother, the baby is subjected to these forces of violence, called love, as its mother and father have been, and their parents and their parents before them. These forces are mainly concerned with destroying most of its potentialities. This enterprise is on the whole successful.”

“Children do not give up their innate imagination, curiosity, dreaminess easily. You have to love them to get them to do that.”

“We are all murderers and prostitutes - no matter to what culture, society, class, nation one belongs, no matter how normal, moral, or mature, one takes oneself to be.”

“Insanity - a perfectly rational adjustment to an insane world.”

“We are bemused and crazed creatures, strangers to our true selves, to one another, and to the spiritual and material world - mad, even, from an ideal standpoint we can glimpse but not adopt.”

"Life is a sexually transmitted disease and the mortality rate is one hundred percent.”
Posted by CoyotePrime at 10:07 AM