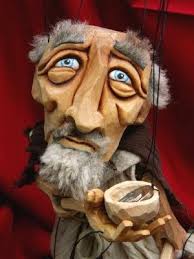 "This being the weekend I am reflecting on the timeless question of human happiness. What do people want? Simple creatures, we want to feel good. If you can make other people feel good, they'll love you. But how many of us bother? We are too busy trying to make them make us feel good. We are feel good addicts, hoping to wring our happiness from the world. Food, drink, drugs, sex, money, power, love.
In "The Power of Now," Eckhard Tolle has a story about a beggar who asks a stranger for money. The stranger tells the beggar to look under his seat. Turns out there was gold there all along. The message is "the kingdom of heaven lies within" i.e. in the soul. Tolle's theory, based on Raja Yoga, is that we are souls, not minds. But we falsely identify with the mind, the voice in our head. This is the voice of the ego. We are all beggars saying, "I want."
I want corrupt politicians to be punished. I want the world to be just. I want my stocks to go up. I want to be noticed. I want my boss to praise me. I want to make a big sale. I want my spouse to be sweet. I want people to write on my Facebook wall. I want someone to put something in my cup.
Tolle's theory is that the ego has no permanent existence. After all, we die. But throughout our lives, our ego tries in vain to assert its existence. In order to feel good, everyday, it needs a cocktail of money, love, sex, recognition and power, or you name it. This is why so many rich people are so stingy. They are their money. If they give it away, they are diminished. This is why people cling to discredited ideas. They are their opinions. The ego can never be satisfied. No matter how much is stuffed into its cup, it wants more. "Enough is a little more than what one has," Samuel Butler said.
So the deal is: we should identify with what is eternal and permanent, i.e. our souls which unite us with the universal soul, "God" or "Being", infusing all life. According to the mystics, we can access this spiritual dimension, where truth and love are self evident, by meditation and prayer. By switching our identity to the observer, which witnesses thought as something foreign to our real spiritual identity, we bring the power of God into our hearts. The ego-mind becomes a calculator at best, a boorish intruder at worst.
Tolle teaches his followers to be still and live in the present; empty their minds and unwrap the lollipop at the core of their being. Because of Eckhard Tolle, a lot of people are walking around with a blissed out expression. They see themselves as channeling God. They view Christ in these terms. Some people can be in the world but not of it. Others tune out the world completely.
I favor a balance between ego and spirit. Mystics speaking of acedia , a spiritual dryness or boredom that comes from detaching from the world but not being able to connect to God. It's a kind of limbo. Waiting for Grace. The ego has legitimate needs (they are our needs) and often it is easier to satisfy them than starve them and hope they will go away. Love, sex, respect, money are examples. The ego also has legitimate satisfactions. For example, a job well done. A well deserved promotion. Figuring out a difficult problem. Cleaning out the garage. Making someone else's day. A good run or work out.
Lucky is the person who can enjoy himself; the person who has many private pleasures: Jazz, Victorian literature, bird watching, knitting, sports, (add yours here) ... I'd like to hear what makes you happy? Is the beggar-ego-mind analogy useful? Please be concise. hmakow@gmail.com
I've said to my wife, "Nobody ever calls unless they want something." Of course, this isn't true of everyone. But recently, I was having a nap on a lazy Saturday afternoon when my fax line rang. No fax came in but every few minutes... a nagging ring. Finally my phone line rang. I answered it. It was a politician I had supported financially 20 years ago. Hadn't spoken to him since. Haven't been involved in mainstream politics either. Well, it seems that he had incurred a large campaign debt in the interim. The lender was going to forgive it but had died first. Now his estate was suing the politician for his house. At this time, the politician somehow remembered a large cheque I had written in 1988, when I was flush with Scruples money. Could I find it in my heart? The audacity! I would have told him to go to hell but I felt sorry for him. His judgment was impaired. So I let him down politely.

I am known as the "Newton of Sociology," and as the "Father of Socio Dynamics" as a real cynic. Here are my four laws:
1. We are attracted/nice to people who can offer us something.
2. We are repelled by people who want something from us.
3. We are indifferent to people from whom we want nothing and vice-versa.
4. Sometimes, we are nice to people in case we may want something in the future.

Is there any truth to these laws?

I have a friend who is on cordial terms with an ex-wife. She had the audacity to ask him to co-sign a mortgage for $250,000 on an condo investment she had made. She was going to lose her down payment. "Could he find it in his heart?" Like the politician, she was desperate. She didn't consult my friend when making this investment, or offer to cut him in. But she expected him to bail her out.

Chutzpah- you don't have to be Jewish. Panhandlers - they appeal to our compassion but they don't give a damn about us. To end on a less cynical note, it's a blessing to find a pure and worthy cause. Sometimes we happen upon someone who is genuinely good, and take a shine to him or her. (If we are lucky, they include our children.) There is nothing in it for us but the satisfaction of giving."
- http://www.henrymakow.com/
Posted by CoyotePrime at 7:36 PM