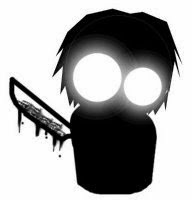 "Psychopathic Predators, Human Prey" Part 1
by Martha Stout
"Imagine - if you can - not having a conscience, none at all, no feelings of guilt or remorse no matter what you do, no limiting sense of concern for the well-being of strangers, friends, or even family members. Imagine no struggles with shame, not a single one in your whole life, no matter what kind of selfish, lazy, harmful, or immoral action you had taken. And pretend that the concept of responsibility is unknown to you, except as a burden others seem to accept without question, like gullible fools.

Now add to this strange fantasy the ability to conceal from other people that your psychological makeup is radically different from theirs. Since everyone simply assumes that conscience is universal among human beings, hiding the fact that you are conscience-free is nearly effortless. You are not held back from any of your desires by guilt or shame, and you are never confronted by others for your cold-bloodedness. The ice water in your veins is so bizarre, so completely outside of their personal experience, that they seldom even guess at your condition. In other words, you are completely free of internal restraints, and your unhampered liberty to do just as you please, with no pangs of conscience, is conveniently invisible to the world.

You can do anything at all, and still your strange advantage over the majority of people, who are kept in line by their consciences will most likely remain undiscovered. How will you live your life? What will you do with your huge and secret advantage, and with the corresponding handicap of other people (conscience)?

The answer will depend largely on just what your desires happen to be, because people are not all the same. Even the profoundly unscrupulous are not all the same. Some people - whether they have a conscience or not - favor the ease of inertia, while others are filled with dreams and wild ambitions. Some human beings are brilliant and talented, some are dull-witted, and most, conscience or not, are somewhere in between. There are violent people and nonviolent ones, individuals who are motivated by blood lust and those who have no such appetites. Provided you are not forcibly stopped, you can do anything at all.

Maybe you are someone who craves money and power, and though you have no vestige of conscience, you do have a magnificent IQ. You have the driving nature and the intellectual capacity to pursue tremendous wealth and influence, and you are in no way moved by the nagging voice of conscience that prevents other people from doing everything and anything they have to do to succeed. You choose business, politics, the law, banking or international development, or any of a broad array of other power professions, and you pursue your career with a cold passion that tolerates none of the usual moral or legal encumbrances. When it is expedient, you doctor the accounting and shred the evidence, you stab your employees and your clients (or your constituency) in the back, marry for money, tell lethal premeditated lies to people who trust you, attempt to ruin colleagues who are powerful or eloquent, and simply steamroll over groups who are dependent and voiceless. And all of this you do with the exquisite freedom that results from having no conscience whatsoever.

You become unimaginably, unassailably, and maybe even globally successful. Why not? With your big brain, and no conscience to rein in your schemes, you can do anything at all.

If you are born at the right time, with some access to family fortune, and you have a special talent for whipping up other people's hatred and sense of deprivation, you can arrange to kill large numbers of unsuspecting people. With enough money, you can accomplish this from far away, and you can sit back safely and watch in satisfaction. Crazy and frightening - and real, in about 6 percent of the population...

The high incidence of sociopathy in human society has a profound effect on the rest of us who must live on this planet, too, even those of us who have not been clinically traumatized. The individuals who constitute this 6 percent drain our relationships, our bank accounts, our accomplishments, our self-esteem, our very peace on earth.

Yet surprisingly, many people know nothing about this disorder, or if they do, they think only in terms of violent psychopathy - murderers, serial killers, mass murderers - people who have conspicuously broken the law many times over, and who, if caught, will be imprisoned, maybe even put to death by our legal system. We are not commonly aware of, nor do we usually identify, the larger number of nonviolent sociopaths among us, people who often are not blatant lawbreakers, and against whom our formal legal system provides little defense.

Most of us would not imagine any correspondence between conceiving an ethnic genocide and, say, guiltlessly lying to one's boss about a coworker. But the psychological correspondence is not only there; it is chilling. Simple and profound, the link is the absence of the inner mechanism that beats up on us, emotionally speaking, when we make a choice we view as immoral, unethical, neglectful, or selfish. Most of us feel mildly guilty if we eat the last piece of cake in the kitchen, let alone what we would feel if we intentionally and methodically set about to hurt another person. Those who have no conscience at all are a group unto themselves, whether they be homicidal tyrants or merely ruthless social snipers.

The presence or absence of conscience is a deep human division, arguably more significant than intelligence, race, or even gender. What differentiates a sociopath who lives off the labors of others from one who occasionally robs convenience stores, or from one who is a contemporary robber baron - or what makes the difference betwen an ordinary bully and a sociopathic murderer - is nothing more than social status, drive, intellect, blood lust, or simple opportunity. What distinguishes all of these people from the rest of us is an utterly empty hole in the psyche, where there should be the most evolved of all humanizing functions."
- Martha Stout, "The Sociopath Next Door"
http://www.cix.co.uk/~klockstone/spath.htm
Other books that analyse the condition are:
"Without Conscience: The Disturbing World of the Psychopaths Among Us", Robert D. Hare, Guilford Press, 1999, ISBN 1572304510. Professor Hare is one of the leading authorities on psychopaths.

"Snakes in Suits: When Psychopaths Go to Work", Paul Babiak & Robert D. Hare, Regan Books, 2006, ISBN-10: 0060837721, ISBN-13: 978-0060837723. The authors explore the infiltration into today's corporations by psychopaths, or those with destructive personality characteristics that are invisible to many with whom they interact.