"The Slow Extraction Of Freedom: The Liberty Crisis" 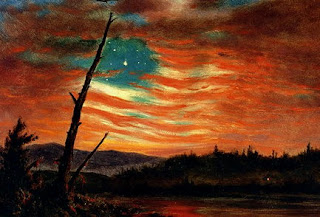 "The Slow Extraction Of Freedom: The Liberty Crisis"
by Virginia Fidler

"Today’s world has been coined the “Interconnected Age.” There is plenty of positives with removing friction in communication; however, there is a significant negative. Government and corporations are keeping an eye on our every move.

We like to think we enjoy some fundamental liberties, however governments and corporations continue to assault our privacy on a daily basis. The internet tracks our interests, beliefs, purchases, and social life. Order your groceries online, and someone knows what you’re having for dinner. Get the latest bestseller from Amazon, and your reading habits are an open book. And that’s just the beginning. Our liberties have shrunken to the point of no return.

When we think of liberty, we think of the power of choice. Yet, our choices are being limited in ways few kings and despots have dared in the past.

Do you rejoice in having a job? What you have are employers snooping through your computer and company cell phone. In some cases, your political views can get you fired, even if they have nothing to do with your job. Recently, a woman was fired for having a gun permit (not a gun). Freedom of speech has translated into “hate speech” by anyone who may disagree with your thoughts. If you thought you had the freedom to think, think again.

Many employers today are hiring part-time workers, who lack the freedom to partake of benefits to which they might otherwise be entitled.

The health of our seniors was at one time sacrosanct. Now, Medicare is limiting benefits, treatments, and access to life-saving medicine.

There’s a proven and powerful correlation between education and longevity. The more you know about taking care of yourself, the longer you will probably live. Yet, the cost of a basic four-year college education is being priced beyond the capabilities of more and more Americans. Good health is shifting into the realm of privilege instead of right. The days of Dr. Marcus Welby are long gone. You no longer have the right to make decisions about your health. The government and insurance companies have happily relieved you of that burden.

At one time, America was the only country where social upward mobility was the norm. People from all over the world arrived at our shores with little more than the shirt on their backs. Hard work ensured that their children would enjoy a good education and a better life. College cost has risen by 300 percent since the 1980s, placing it out of reach to a struggling middle and lower class that saw education as the means to a better life. Full-time jobs with benefits are giving way to part-time jobs. In 2017, approximately six million Americans worked part-time, with limited, if any, benefits. Many American workers are losing their right to free time and vacation because companies don’t have anyone to cover for them. The American Dream has turned into a scramble for survival. The right to pursue our dream job is disappearing at a time when children with a lemonade stand are facing government scrutiny.

A trade used to be a transaction between equal parties. No more. Banks and mortgage brokers are frequently hiding key provisions in incomprehensible verbiage while deliberately misrepresenting the terms of a transaction. A deceptive market is no longer a free market as consumers are being deprived of their right to choose.

The right to have both a public self and a private self-has been eroded. It’s not just Facebook, Google, Twitter and the internet, in general, that has made privacy a thing of the past. You can’t leave the house, take a walk, or go into a store without a camera watching your every move. If you carry a cell phone (and who doesn’t?), cell towers track and pinpoint your location 24 hours a day. Many electronic devices have entered our homes and are turning our private life into the public domain, to be used by large corporations and government.

Most Americans enjoy using debit and credit cards when shopping. After all, it saves them from being potentially robbed of a wad of cash. Instead, they are being robbed of any pretense of privacy. Few realize the sophisticated way our purchases are being tracked – and the personal information we are giving to the seller. It’s called data mining. In 2012, an angry father contacted a national retailer about the fact that his young daughter was receiving information and discounts for baby products. Imagine the man’s surprise when he learned that the retailer had analyzed his daughter’s purchases and had guessed correctly that the girl was, indeed, pregnant. Forget about the right to privacy when you learn you’re about to become a grandparent from a retail chain. Technology is establishing patterns and data to guide us toward making purchases without us being aware of what is happening. It’s not 1984. It’s the reality in which we live.

Retailers analyze every aspect of consumer behavior, demographics, and choices. Signs proclaiming, “We do not accept cash,” are not unusual. Smartphones are being used to pay for everyday items at food stands and cab rides. The day is near when retailers know more about you than your family and friends.

Retailers are encouraging us to move toward a cashless society with reward points and by conveniently saving our banking information. Some economists muse about banning physical currency entirely. Without cash, we no longer own our own money. We give custody of it to our bank. What happens if the banks refuse to hand over our claim to our own funds? It’s an easy next step for the bank to deprive us of or seize our own money if we act in ways it doesn’t approve, like a bank run.

In addition, banks survive and thrive on interest income. Payments made with cash would deprive banks of their business. That would account for the constant invitation to quality for just one more credit card. The banks aren’t being charitable. They are after your information and money. To discourage the use of physical money, currency might be taxed in the future.

Is paying for a hot dog with cash our last remnant of freedom? If government and banks have their say, it may become illegal to do so. Only then will we realize that physical money is the very essence of freedom. And exactly what we have given up when we make the choice to give up cash.”
- https://www.zerohedge.com/
Posted by CoyotePrime at 1:28 AM