"America ‘Cannot Be Call’d Our Mother, But Our Grave" 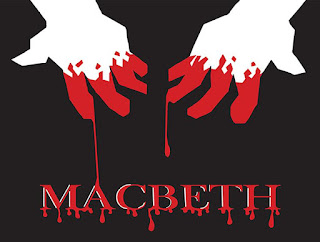 "America ‘Cannot Be Call’d Our Mother,
But Our Grave’ Unless We Stand For Justice Under Law"
by Carl Herman

"The tragedy of modern war is that the young men die fighting each
other - instead of their real enemies back home in the capitals."
- Edward Abbey

"In Shakespeare’s "The Tragedy of Macbeth," the murdered king’s son, Malcolm, questions Macduff to determine if he is allied with the tyrannical Macbeth (Act 4, Scene 3), or will stand with him for justice under law. That is the same question for Americans today: tyranny or justice. Americans have a tremendous advantage in this comparison: all we have to do is enforce existing law to arrest our oligarchic criminals, with the universally-supported Oaths to support and defend the US Constitution against all enemies, foreign and domestic. Shakespeare’s powerful prose speaks to us today:

•The US conducts murderous and lawless wars:
"…each new morn
New widows howl, new orphans cry, new sorrows
Strike heaven on the face,"
•Many US citizens once trusted their government:
"This tyrant, whose sole name blisters our tongues,
Was once thought honest…"
•Honest US citizens are abundant, although some have fallen to serve these unlawful wars and related crimes with pretense of honesty:
"Angels are bright still, though the brightest fell;
Though all things foul would wear the brows of grace,
Yet grace must still look so."
•Honest US citizens know that the current unlawful US wars would be impossible if enough Americans demanded government under the law. Moreover, honest Americans value honest rule of law than plunder of war:
"Bleed, bleed, poor country!
Great tyranny! lay thou thy basis sure,
For goodness dare not cheque thee: wear thou
thy wrongs;
The title is affeer’d! Fare thee well, lord:
I would not be the villain that thou think’st
For the whole space that’s in the tyrant’s grasp,
And the rich East to boot."
•The unlawful acts of US government only increase:
"I think our country sinks beneath the yoke;
It weeps, it bleeds; and each new day a gash
Is added to her wounds…I grant him bloody,
Luxurious, avaricious, false, deceitful,
Sudden, malicious, smacking of every sin
That has a name…"
•Americans do not recognize our own country anymore. Only fools smile about these lie-filled Wars of Aggression:
"Alas, poor country!
Almost afraid to know itself. It cannot
Be call’d our mother, but our grave; where nothing,
But who knows nothing, is once seen to smile;
Where sighs and groans and shrieks that rend the air
Are made, not mark’d; where violent sorrow seems
A modern ecstasy;"
•Americans will come to recognize the murders and plunder done under our flag, will feel this deeply, and respond for justice:

"MALCOLM: Be comforted:
Let’s make us medicines of our great revenge,
To cure this deadly grief… Dispute it like a man.
MACDUFF: I shall do so;
But I must also feel it as a man:
I cannot but remember such things were
That were most precious to me. Did heaven look on,
And would not take their part? Sinful Macduff,
They were all struck for thee! naught that I am,
Not for their own demerits, but for mine,
Fell slaughter on their souls. Heaven rest them now!

MALCOLM: Be this the whetstone of your sword: let grief
Convert to anger; blunt not the heart, enrage it….
Come, go we to the king; our power is ready;
Our lack is nothing but our leave; Macbeth
Is ripe for shaking, and the powers above
Put on their instruments. Receive what cheer you may:
The night is long that never finds the day."

The peaceful revolution of the 99% is literal: a peaceful “turn-around” from the lawless government we have today in War Crimes and economic fraud to policies for the success of 100% of Earth’s inhabitants. Americans with Oaths of Enlistment and Office are sworn to protect and defend the US Constitution from all enemies, foreign and domestic. I advocate for Truth and Reconciliation as a policy response to the criminals in “leadership” of both political parties, our economy, and corporate media that are criminally complicit to cover-up those crimes both before and after the facts. "The Tragedy of Macbeth" concludes with the death of the government’s tyrant. I advocate for a choice between Truth and Reconciliation or full criminal and civil prosecution for today’s US tyrants."
- http://www.washingtonsblog.com/
◆
FREE download: "Complete Works of William Shakespeare",
every known work of the Bard, in one large volume:
- http://manybooks.net/titles/shakespeetext94shaks12.html
Alternative download site: http://www.gutenberg.org/dirs/etext94/shaks12.txt
◆
Related:
“How the US Occupied the 30% of Syria Containing Most of its Oil, Water and Gas”

Posted by CoyotePrime at 1:40 AM